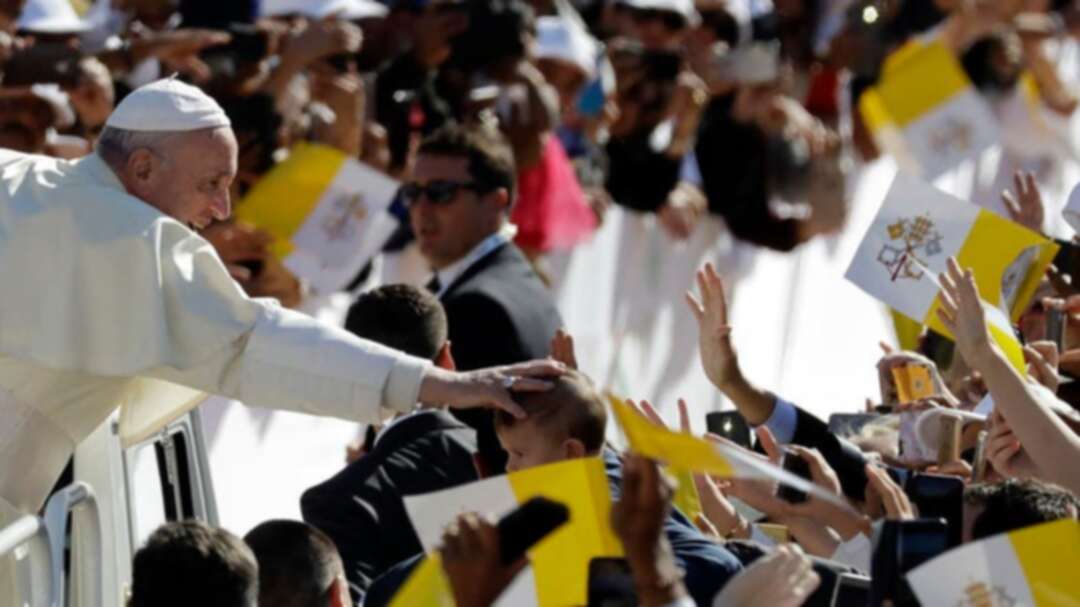 Vietnam blocked a Catholic priest from travelling to Japan to attend a mass by the Pope, he said Thursday, because of his environmental activism.(File photo AP)

Vietnam blocked a Catholic priest from traveling to Japan to attend a mass by the Pope, he said Thursday, accusing the government of targeting him because of his environmental activism.

Communist Vietnam has long been uneasy about organized religion and has a touchy relationship with the country’s Catholic churches which yield significant influence in some areas.

That includes central Vietnam, where priests led lawsuits and protests after a toxic chemical spill in 2016 killed tons of fish and decimated livelihoods in central Vietnam.

Priest Nguyen Dinh Thuc was among those helping fishermen after the environmental disaster, and on Wednesday was barred from traveling to Tokyo to attend a mass led by the Pope.

“As a priest, I helped them to fight for a better life,” said Thuc, who is from central Nghe An province.

He planned to travel to Tokyo to see the Pope, who will head to Japan on Saturday from Thailand.

Thuc said 12 other priests and two parishioners he was traveling with were permitted to board the flight in Hanoi late Wednesday.

A letter signed by immigration authorities seen by AFP said the priest was blocked for “the protection of national security and social order.”

Thuc -- who has not been allowed to travel outside Vietnam since 2017 -- denied the allegation, blasting authorities for “violating the right to movement, the basic rights of citizens and the rights of freedom of religion.”

The US Commission on International Religious Freedom (USCIRF) has recommended the State Department designate Vietnam as a “country of particular concern”, citing “systematic, ongoing, egregious violations of religious freedom.”

The State Department has not assigned the designation.

All religions in Vietnam are controlled by the state, and anyone found practicing outside the bounds of the law could face jail time.

Several activists have been jailed for their outspoken comments after the toxic spill in 2016, blamed on the Taiwanese steel firm Formosa.

The incident sparked rare nationwide protests and accusations the government did not do enough to help disaffected fishermen.

Catholic priests in the central Ha Tinh and Nghe An provinces tried to help some fishermen lodge lawsuits to demand greater reparations, though the legal action never took off.

Formosa paid the government $500 million after the spill, but some locals complained they never received the money or were not paid enough.

Pope Francis arrived in Thailand on Wednesday afternoon, kicking off his first trip to the country before heading to Japan where he will visit two cities devastated by nuclear bombs dropped by the US during World War 2.

He will host a mass later Thursday in Thailand, which is expected to draw tens of thousands of people, including several Vietnamese Catholic refugees who are living in Bangkok, some who say they have fled religious persecution back home.