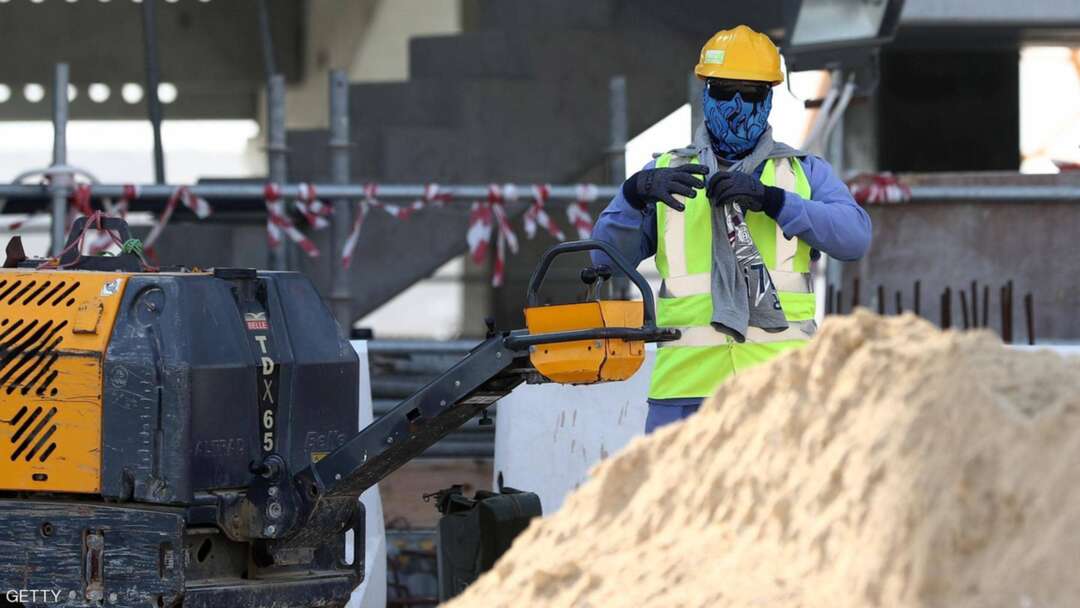 A Guardian investigation has revealed recently That thousands of migrant workers in Qatar are at risk of death as a result of working in high searing temperatures, constructing the 2022 Fifa World Cup facilities as per Qatar’s plans.

Hundreds of thousands of migrant workers toiled in temperatures of up to 45 C for up to 10 hours a day as Qatar’s construction boom hit its peak ahead of the Fifa World Cup 2022.

The Qatari authorities have said they are protecting workers from heat-related injuries through a work ban that prohibits manual labour in unshaded outdoor areas between 11.30 and 3 pm from mid-June to August.

However, a Guardian analysis of official weather data over a nine-year period showed that the working ban does not keep workers safe.

In the hours outside the work ban, anyone working outdoors is still being exposed to potentially fatal levels of heat stress between June and September, which cardiologists say is leading to high numbers of fatalities every year.

Doha is currently hosting the World Athletics Championships, which exposes athletes to extreme heat and humidity.

Yet away from the sporting competition, workers remain at risk of serious harm from heat stress between 9 am and 12 noon throughout October.

A recent research has shown that working in high temperatures puts a huge strain on the human cardiovascular system; extreme heat stress leading to fatal heart attacks and other cardiovascular fatalities.

Hundreds of deaths per year

Every year hundreds of workers - many young men between 25 and 35 - die while working in Qatar. The majority of these deaths are attributed to cardiovascular causes or what the Qatari authorities describe as "natural death."

Yet recent research published in the Cardiology Journal by a group of leading climatologists and cardiologists concluded that the deaths were likely to be caused by heatstroke, exploring the correlation between the deaths of 1,300 Nepali workers between 2009 and 2017 and rising temperatures.

The research found that in the cooler months about 22 percent of yearly deaths were attributed to heart attacks, cardiac arrest or other cardio-related causes according to Qatari authorities. In the summer months this spiked to 58 percent.

"From our research, it was clear that workers are being recruited in their home countries on the basis of their health and fitness to survive weather conditions in the Gulf area," Dr Dan Attar, a professor of cardiology and head of research at Oslo University Hospital, told The Guardian.

“Young men have a very low incidence of heart attacks yet hundreds of them are dying every year in Qatar due to cardiovascular causes.”

Dr Attar commented, "The clear conclusion that I draw from this as a cardiologist is that these deaths are caused by deadly heatstroke. Their bodies cannot endure the heat stress they are being exposed to."

According to the research, as many as 200 of the 571 young men who died of cardiovascular causes between 2009 and 2017 could have been saved if effective heat protection measures had been implemented as part of occupational health and safety programmes.

Qatar’s construction boom ahead of the 2022 Fifa World Cup has seen the country’s migrant worker population rise to 1.9 million. Many of them are young men from Nepal, India, Bangladesh and Pakistan who travel to Qatar to build the stadiums, roads and hotels that will service the tournament.

As per worker fatalities linked to Fifa World Cup stadiums recorded by Qatar’s Supreme Committee, the body responsible for workers’ health and safety last year, nine of the eleven were attributed to sudden heart attacks or respiratory failure.

"With the World Cup only two years away, the high number of deaths of young men from cardiac arrest in Qatar must be urgently investigated," said Nick McGeehan, director of Fair Square projects that has conducted research on heat stress and migrant workers rights.

"For years, human rights campaigners have been raising the impact of heat stress on workers fatalities and yet the deaths continue."

In Doha, a sign outside a construction site warned workers to how to "beat the heat" and another saying "Quench your thirst - safety first", but a Kenyan labourer dressed in sweat-stained pale blue overalls said there was no clean drinking water on the site.

"When it's hot, it's too tough. I'm not used to this climate. I never liked it since I came here. You feel so much stress."

In an interview with The Guardian in August, migrant workers said they suffered from a range of heat-related conditions, including skin allergies, headaches, altered vision, light headedness and difficulty breathing.

"In one minute I’m soaked in sweat," said one Nepali construction worker.

The Guardian used weather data from 2008 to 2017 to calculate wet-bulb globe temperature (WBGT) for Qatar— an internationally used measure that uses wind speeds, solar radiation, humidity and air temperature to assess the impact of heat stress on the human body.

WGBT reading of 28 ° C and above is internationally recognized as the point at which the human body is dangerously affected by heat stress.