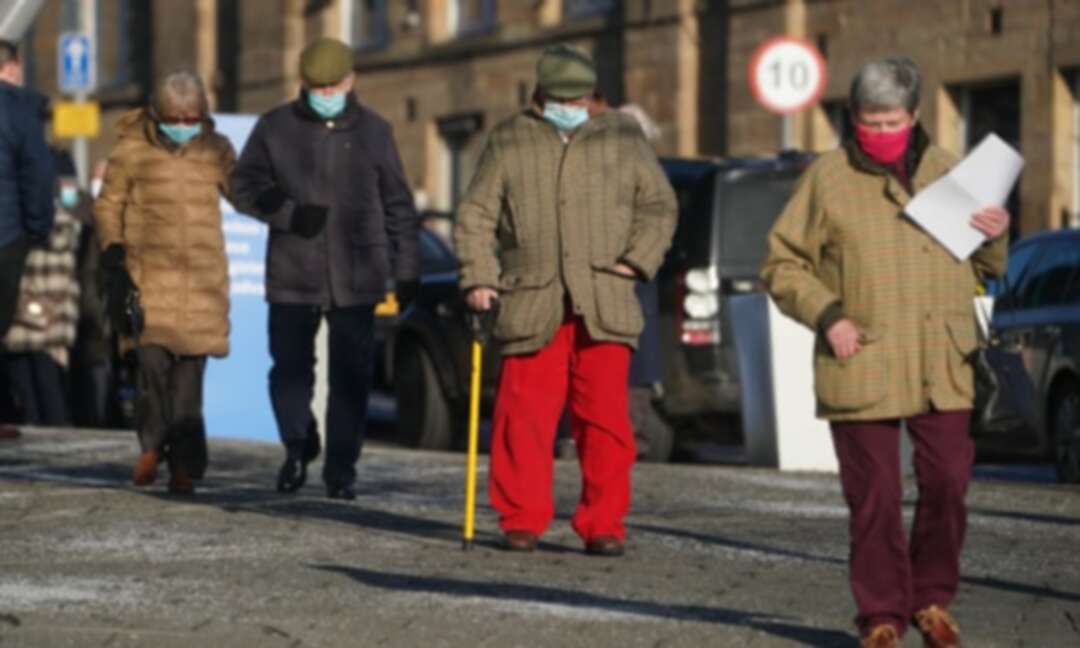 People queue for the Covid-19 vaccine in Newcastle.

Health secretary says ‘getting vaccine out’ not the problem, as GPs reportedly pause inoculations

The UK coronavirus vaccine rollout is constrained by limited supply of the vaccines, but the government is on track to vaccinate the top four priority groups by 15 February, Matt Hancock has said.

The health secretary’s comments came amid reports of GP surgeries in some areas having to pause inoculations because supplies were being diverted to areas that still have higher risk groups.

Asked whether the problem was that there was not the vaccine to give to those GPs, he replied: “Correct. As I’ve said all the way along in this vaccine programme, the rate-limiting step on the rollout is the supply of the vaccine itself. We are now managing to get that supply more than we have done before, and it will increase over the next few weeks.He added: “We have enough in the supply chain coming through to be able to deliver against that target.”

Hancock told ITV’s Good Morning Britain (GMB): “If I had more supply we would go faster. So the constraint is supply, but that’s not the supply coming slower than the schedule. It’s coming on schedule and then we get it out the door.

“The good news is we are managing to get it out into arms as quickly as the two companies are delivering to us.”

About 2.3 million people had already received the vaccine, he said.

The next few days were critical in judging if the national lockdown was working, Hancock said. With people typically being hospitalised two weeks after infection, any levelling off in the coming days would indicate it was.

He also said he hoped the UK had hit the peak of this wave, but it was not certain.

He also gave no indications about when current lockdown restrictions might end. It was “impossible to know” and they would last as “long as they are necessary”, he told Sky News.

On concerns over whether the 12-week delay between the first and second vaccinations could affect efficacy, Hancock said it was an important question and the government had looked into it in “great detail”. “It’s only because you get that protection two to three weeks after your first jab that we can make this decision,” he said.

“We know from the trials that from around 12 days after the first jab you start to get that protection and the protection from catching the disease is 89% after the first two weeks, and that compares to 95% once you have the two jabs. But crucially, the protection against having serious disease, being hospitalised or dying is even higher than that.” It was an “absolute slam dunk in terms of saving lives,” he told GMB.

Teachers, police officers and shop workers had a good case for being next in line for vaccinations after elderly people, the most vulnerable and health workers, Hancock agreed, but a final decision had not yet been made.

Confirming the Guardian report that the NHS is considering plans to move some patients into hotels to ease pressure on hospitals, he told Sky News the government was looking at different ways to relieve pressure on the NHS.

“We would only ever do that if it was clinically the right thing for somebody. In some cases, people need sit-down care, they don’t actually need to be in hospital beds.

“It isn’t a concrete proposal by any means but it is something that we look at as we look at all contingencies.”