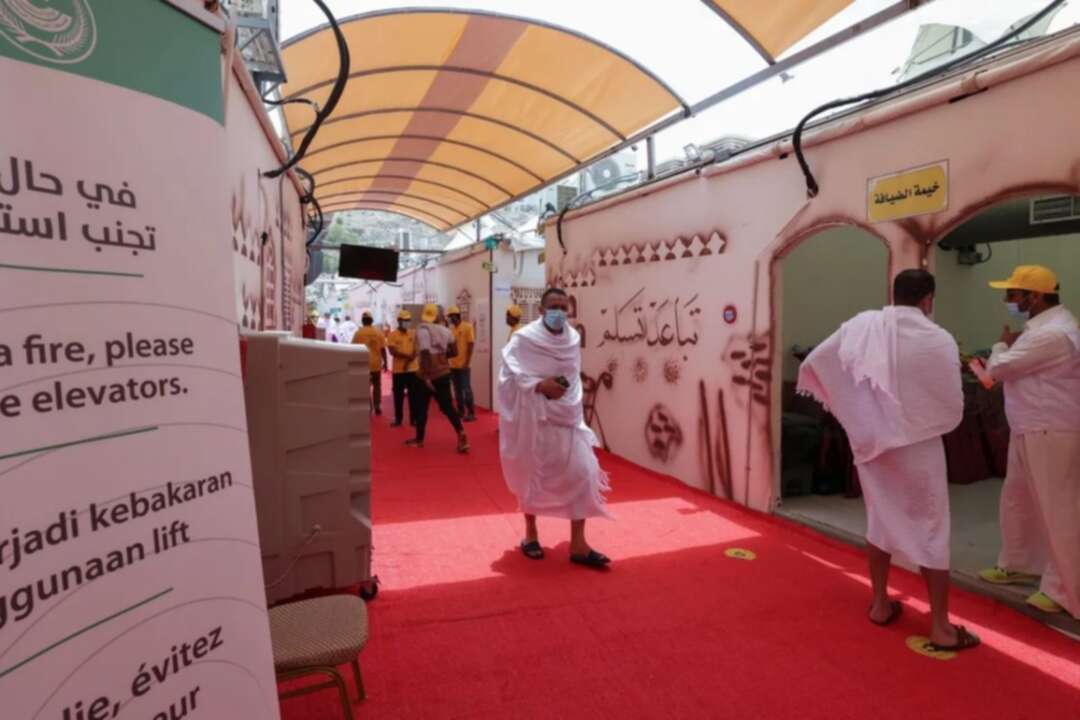 According to the Middle East Monitor, Reuters reported Muslim pilgrims vaccinated against COVID-19 gathered on Sunday for the annual hajj pilgrimage in Saudi Arabia, which has barred worshippers from abroad for a second year running due to the pandemic and has also restricted entry from inside the kingdom.

Clad in white and carrying umbrellas against the blistering summer sun, 60,000 Saudi citizens and residents are performing the rite, a once-in-a-lifetime duty for every able-bodied Muslim who can afford it, compared with some 2.5 million in 2019.

With the coronavirus the main concern this year, authorities have restricted access to pilgrims aged 18 to 65 who have been fully vaccinated or immunised against the virus and do not suffer from chronic diseases.

Robots are being used to disinfect the Grand Mosque in Mecca and its courtyard and also to distribute bottles of zamzam water, pumped from a holy well in Mecca, to reduce human interaction and ensure physical distancing.

Thermal cameras at entrances to the Grand Mosque monitor people's temperatures. Around 3,000 electric carts have been provided for pilgrims, who also wear electronic identification bracelets connected to GPS.

Small groups of pilgrims wearing masks have since Saturday been circling the Kaaba – a stone structure that is the most sacred in Islam and the direction which Muslims face to pray – as health professionals monitor their movements.

The pilgrims then made their way to Mina, 7 km northeast of the Grand Mosque in Mecca, where they will spend the day in prayer before heading to Mount Arafat, where the Prophet Mohammad gave his last sermon.

Around 500 health volunteers are available to offer medical assistance and 62 screens were installed to broadcast awareness messages in different languages.

Over the years, the kingdom has spent billions of dollars on making one of the world's biggest religious gatherings more secure. It is a major revenue earner for Saudi Arabia from worshippers' lodging, transport, fees, and gifts.