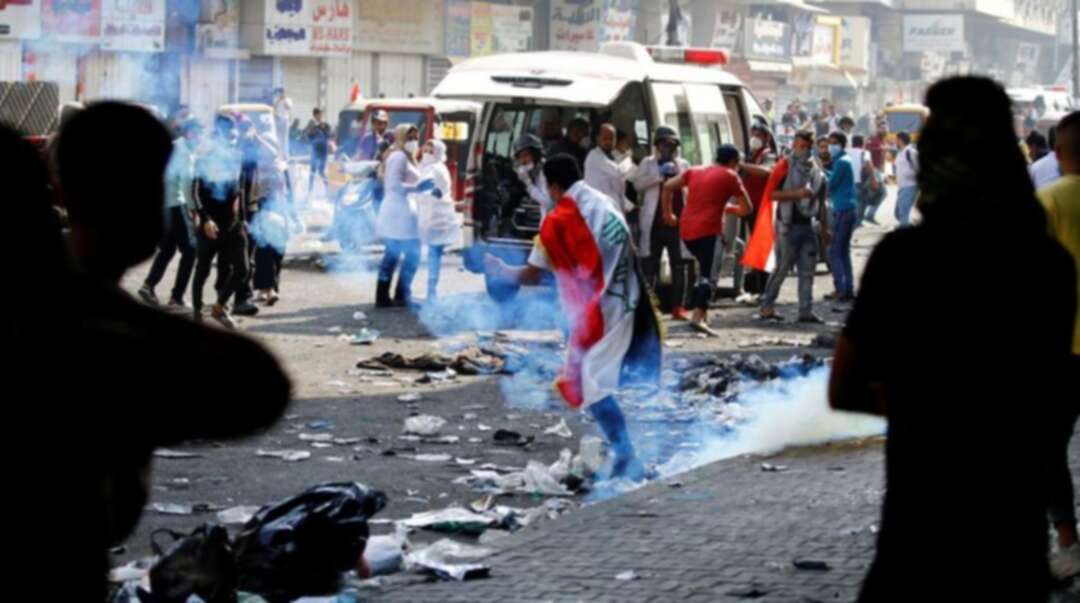 Protests in Iraq have become embroiled in the conflict between the United States and Iran. Washington had called for early elections but was met with the rejection of many Iraqi forces, blocs and political parties.

To political parties, especially those close to Iran, the call for early elections is an attempt to alter the country’s political course in favor of Washington and against Tehran.

Iran, for its part, backs the opposite view of maintaining the status quo, including not sacking Prime Minister Adel Abdul Mahdi, while pursuing serious reforms but within the framework of the current political system.

Meanwhile, demonstrators were not convinced of any of the steps, procedures or mediations of the United Nations, and continued to raise their demands, including the dismissal of the government.

In parallel, President Barham Salih proposed a new electoral law that included key provisions that would limit the authority of the ruling parties, which now lead the political scene.

The new electoral law helps promote youth opportunities to stand for elections in parliament and contribute to the policy of their country. It will bring about an effective, professional and efficient High Electoral Commission.

A presidential source, speaking on condition of anonymity, told Asharq Al-Awsat that “the draft prepared by experts and consultants with the broad participation of jurists, academics and representatives of trade unions will be submitted to parliament jointly with a similar bill being prepared by the Prime Minister.”

Responding to a question about US calls for early elections, the official said: “The Presidency had issued an official clarification in this regard, stressing that the desired reform in Iraq is an Iraqi decision par excellence, and comes in response to the will of Iraqis, and cannot be subject to external influence.”

“Any outside interference is unacceptable,” he emphasized.