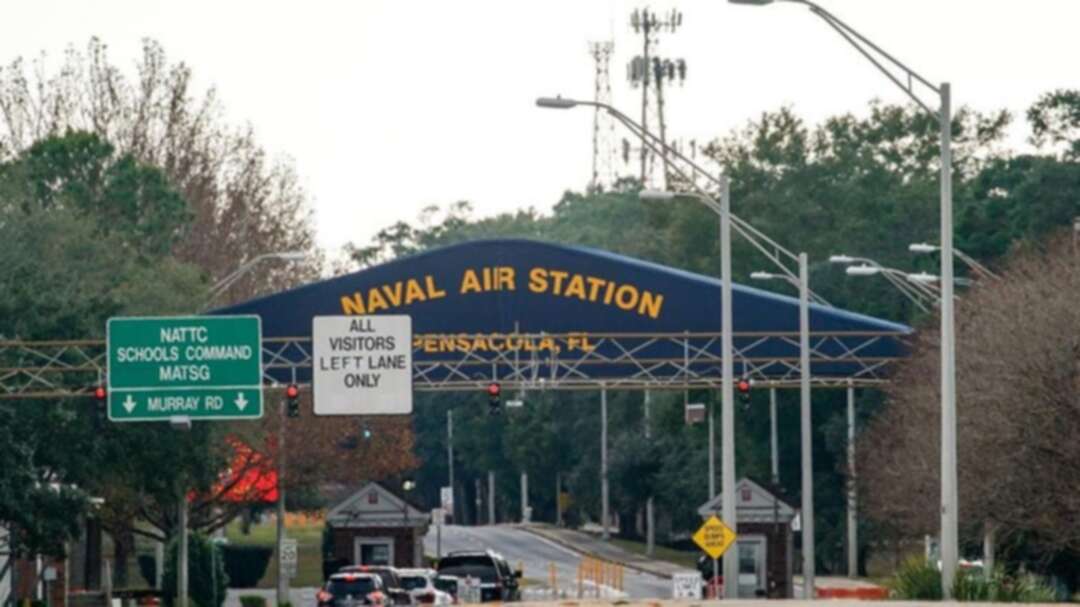 A general view of the atmosphere at the Pensacola Naval Air Station main gate following a shooting on December 6, 2019 in Pensacola, Florida. (AFP)

US Defense Secretary Mark Esper said on Saturday that he was not prepared at this point to label as “terrorism” the attack a day earlier at a US Navy base in Florida, where a Saudi airman is accused of killing three people.

“No, I can’t say it’s terrorism at this time,” Esper told the Reagan National Defense Forum in California, adding he believed investigators needed to be allowed to do their work.