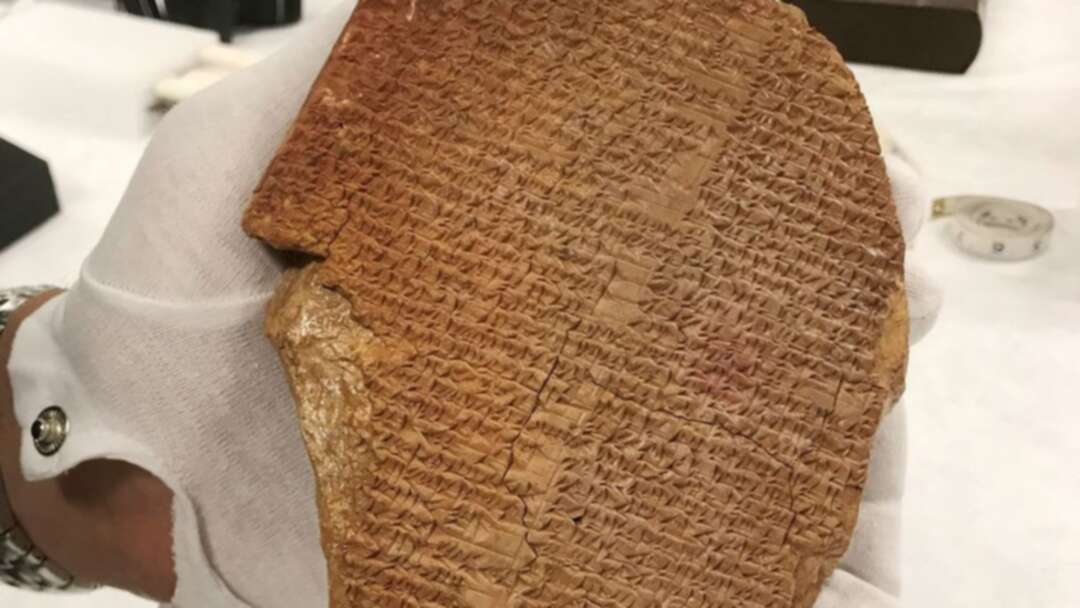 According to the BBC, a federal court has ordered that a rare ancient artefact, known as the Gilgamesh Dream Tablet, must be surrendered to authorities.

The 3,500-year-old tablet, from what is now Iraq, bears text from the Epic of Gilgamesh - one of the world's oldest works of literature.

Officials say it was illegally imported before being purchased by the Christian-owned brand Hobby Lobby.

The rare item was bought to be put on display at the Museum of the Bible.

The Washington DC museum, chaired and funded by the Hobby Lobby's president Steve Green, has been plagued by controversies involving its collection.

Officials said the tablet was purchased by a US antiquities dealer in 2003 in London, who then shipped it to the US without declaring the contents and sold it on with false documentation.

After changing hands several times, the tablet was eventually bought by Hobby Lobby from an auction house for more than $1.67m (£1.2m) in 2014.

Acting US Attorney for the Eastern District of New York, Jacquelyn M Kasulis, described the development as "an important milestone on the path to returning this rare and ancient masterpiece of world literature to its country of origin".

Hobby Lobby consented to the forfeiture, officials said in a Tuesday statement.

Known as the Gilgamesh Dream Tablet, the artefact features sections of a Sumerian poem - parts of the epic mirror stories from the Old Testament, such as the Garden of Eden.

It was seized from the museum by homeland security agents in 2019.

Hobby Lobby was previously fined $3m dollars and forced to hand over thousands of other ancient artefacts.

Mr Green previously blamed his naivety for the errors involving item provenance and said he knew "little of the world of collecting" when he started to purchase antiquities.