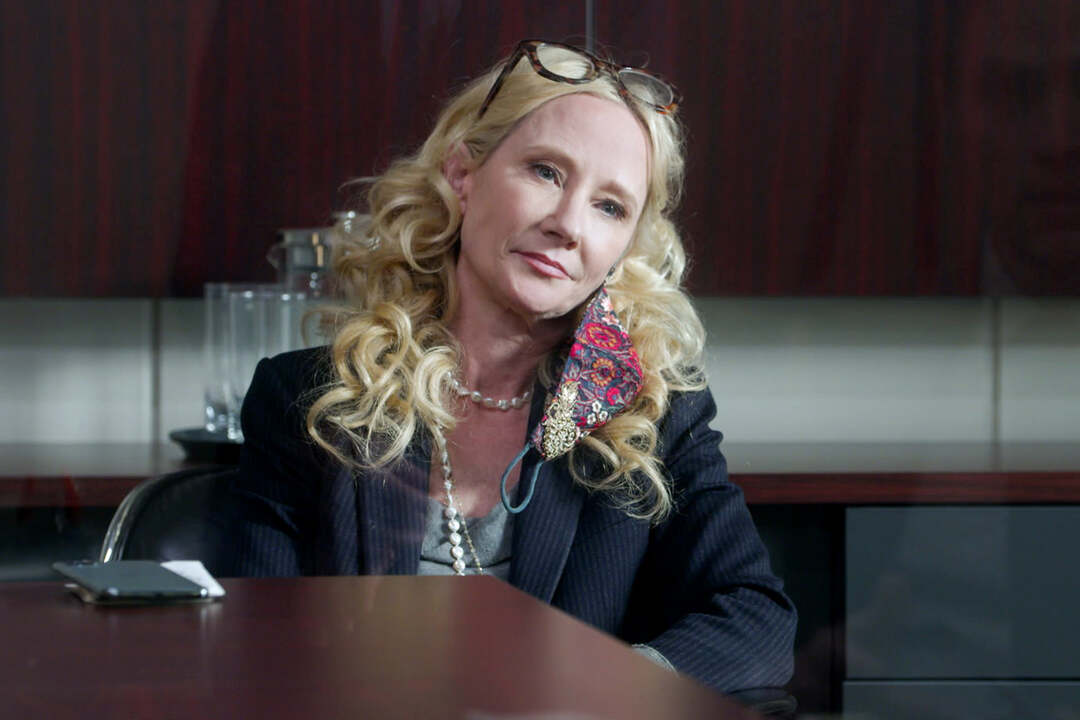 US actress Anne Heche is not expected to survive, her family has said, after a car crash earlier this week that left her vehicle engulfed in flames, the BBC reported.

She remains in a coma and had "a severe anoxic brain injury" - when the brain is deprived of oxygen - they said.

"We want to thank everyone for their kind wishes and prayers for Anne's recovery and thank the dedicated staff and wonderful nurses," they added.

Her car crashed into a two-storey home in Los Angeles last week.

Police said on Friday (August 12) that preliminary blood tests had revealed the presence of drugs in her system, but extra testing was needed to rule out any substances given in hospital.

The Los Angeles Police Department told the PA news agency the incident was being investigated as a felony driving-under-the-influence traffic collision.

This week, Heather is joined by former Bachelor contestant and respected business leader Jason Tartick to unpack his new book The Restart Roadmap. Jason is a Wall Street Journal Best Selling Author, the host of Apple’s Top Charting Business Podcast “Trading Secrets”, entrepreneur of 5 operating companies, investor, and speaker. After 10 years of working in Corporate Banking he took a detour into reality television to be a contestant on Season 14 of ABC’s, The Bachelorette. Since then he has made several appearances on The ABC Network: Good Morning America, The Bachelor Season 23, Celebrity Family Feud, Listen to Your Heart, Live with Kelly & Ryan, The Bachelorette: Greatest Seasons Ever, Dancing with The Stars, and The Bachelorette Season 17. His business endeavors - coupled with his reality tv time has lead to a 1,200,000+ social media following. In addition he has landed co-hosting opportunities on Live from E!, Yahoo Finance, & E! Daily Pop. He has been featured on The Today Show, The Ellen Tube, Fox News, CNN, People TV, Entertainment Tonight, Live from New York, & Ryan Seacrest Show. He and his fiancé Kaitlyn Bristowe, both starred in Brett Kissel’s Music Video “Drink about Me” which received a Juno nomination. He’s even been part of a WWE Match and was Formally Announced as the CO-Champion of the 24/7 WWE Belt. Jason worked for nearly ten years in banking, earned his MBA in Accounting & Finance, and executed over $150,000,000 in lending transactions. Jason has now become an investor in Evoke Foods & The Fintron Invest App. He owns 50% of a social media talent agency. He is a 4x best selling list author, “The Restart Roadmap, Rewire & Reset Your Career”. He founded Red Ridge Capital, a business lending and investment company. He has founded Restart Consulting, an educational company centered around career & money management. He has launched the “All Access Business Networking Group” which has signed over 1000 members. He started a Business focused Instagram Chanel Restart_Reset with 100K+ following, a YouTube with 10K+ subscribers. Weekly he offers a Monday market newsletter to his 20K+ subscribers. Jason is also a renown professional business speaker. He has been featured in USA Today and has spoken at The New York Yankees front office, Capital One Headquarters, NYU Stern School of Business, University of Kansas, Oakland University, Sacred Heart University, Quinnipiac University, DePaul University, Northeastern University, Loyola Marymount University, Nichols College, SUNY Geneseo, and Iowa State University. Be sure to follow the pod on IG! From Straw Hut Media

The 53-year-old mother-of-two has featured in films including Donnie Brasco, Cedar Rapids and the 1998 Psycho remake.

Her other film credits include I Know What You Did Last Summer, Prozac Nation, Volcano and Six Days, Seven Nights - which saw her star opposite Harrison Ford.

She was nominated for outstanding younger actress in a drama series at the Daytime Emmy Awards in 1991, for her performance in Another World.

Her other TV work includes appearances in Ally McBeal, Save Me, Aftermath, Hung, Chicago P.D. and Men in Trees.

Heche has also appeared on Dancing with the Stars, the US equivalent of Strictly Come Dancing.

She is the former partner of talk show host Ellen DeGeneres, who she dated in the late 1990s. Heche appeared in one episode of the star's sitcom, Ellen, in 1998.

According to the LA Fire Department, Heche's vehicle "erupted in heavy fire" after it was driven 30ft (9.1m) into the house, leaving the property "uninhabitable".

She is being cared for at the Grossman Burn Center at West Hills hospital and is on life support to determine whether her organs are viable for donation, her family said in their statement.