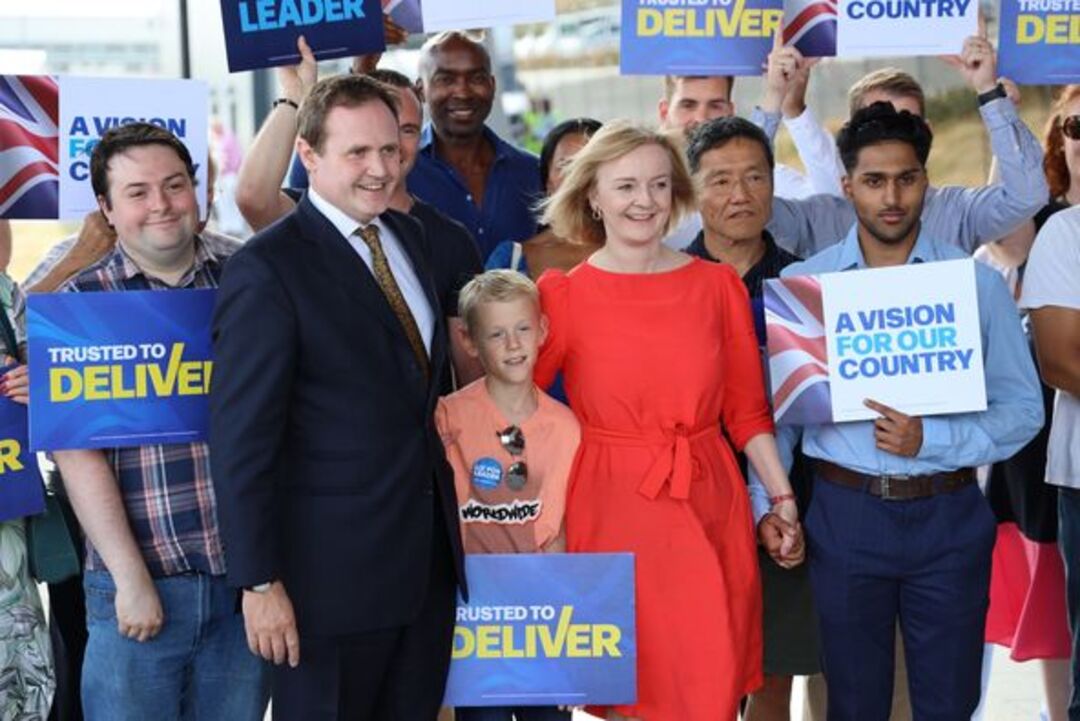 Fantastic day, meeting so many Conservatives who share my vision for the country. Together we will unite our party and unleash the UK’s potential - Text and Photo. Liz Truss official Facebook account

The crisis is being driven in large part by huge increases in energy bills as well as inflation more generally.

Truss warned that there was a “real danger of us talking ourselves into a recession” and expressed clear opposition to using taxpayers’ money as a way to provide them “benefits.”

Instead, Truss said she wanted to slash taxes.

“What I have always said is that my first preference is always to reduce taxes. I do not like Gordon Brown-style economics where you take money off people in taxes and give it back in benefits,” she said.

Gordon Brown is Britain’s former prime minister and chancellor and hailed from the center-left Labour Party, which is now in opposition.

Brown recently made a rare public intervention calling on the government and both leadership candidates to do more to alleviate the crisis.

“If the answer to every question is raising tax, we will choke off economic growth, and we will send ourselves to penury, and I think that’s a massive problem,” Truss said.

Earlier in the day, Britain’s Treasury said it could take more action over the huge profits being generated in the electricity-generation sector that come as ordinary Brits struggle to make ends meet.

“I don’t think ‘profit’ is a dirty word, and the fact it’s become a dirty word in our society is a massive problem,” she said.

Truss said she would hold energy giants to account but would not support a windfall tax, as “it’s all about bashing business, and it sends the wrong message to international investors and to the public.”

Sunak said Truss’ plans for tax cuts would not help the most vulnerable.

"Scrapping the health and social care levy, as she wants to do, is worth £1,700 to her on her salary. For someone working really hard on the national living wage, it’s worth just over a quid a week. And for someone who’s a pensioner, without any earnings, it’s worth zero,” he said.

Sunak said those on fixed incomes such as pensioners as well as those on low incomes needed more direct financial support.

He said that if the government does not do that and instead follows what he said was Truss’ opposition to direct financial support, then “we are going to, as a Conservative Government, leave millions of incredibly vulnerable people at the risk of real destitution. I think that is a moral failure.”

“Millions of pensioners this autumn and winter are going to have an extraordinarily tough time. They don’t have the ability to go out and work more hours. They’re already dipping into their savings in retirement,” he said.

“And as I said then and I’ll say it again, if we don’t provide direct support to millions of vulnerable pensioners, it will be a moral failure of this party and the country will never ever forgive us.”

The Conservative Party membership will vote to decide on their next leader, who will also become the next prime minister.

The new leader of the Conservative Party, and in turn prime minister, will be announced on Sept. 5.