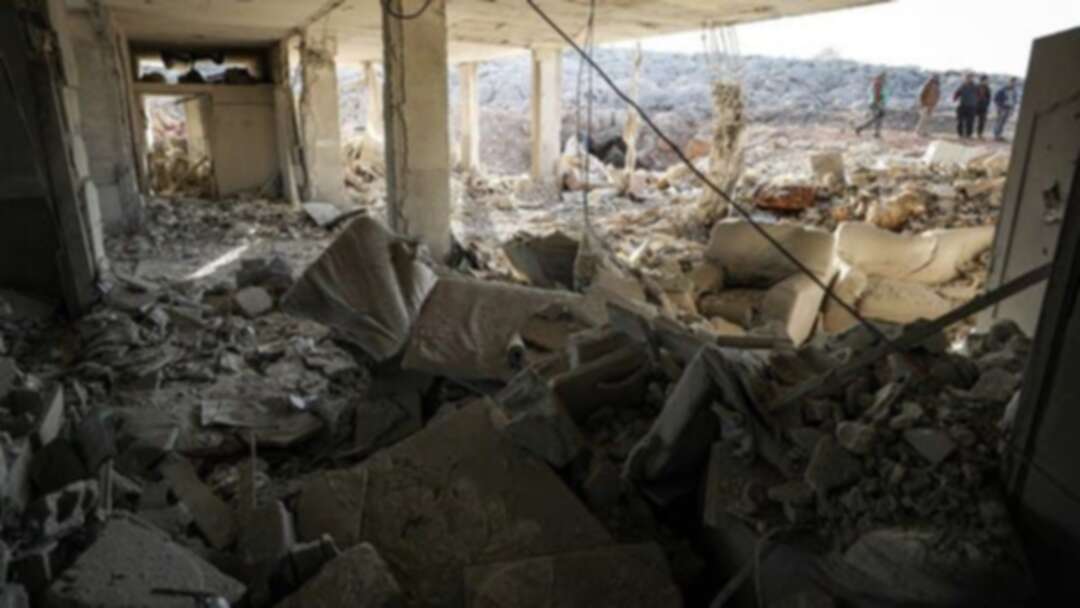 Men inspect the rubble of a hospital that was reportedly hit by a reported air strike in the Syrian village of Shinan, about 30 kilometres south of Idlib in the northwestern Idlib province, on November 6, 2019. (AFP)

A UN board of inquiry formed last summer to investigate attacks on civilian establishments in Syria, including hospitals, has refrained from directly holding Russia responsible, according to a summary of its report obtained Monday by AFP. Syria hospital attacks

The coordinates of the sites had been communicated to the belligerents by the United Nations precisely to protect them from airstrikes.

The summary noted that UN investigators were unable to visit the sites of the attacks because the Syrian government “did not respond to repeated requests for the issuance of visas to the members of the board.”

But, without mentioning Russia, the investigation concluded that in several cases studied by the board “the government of Syria and/or its allies had carried out the airstrike.”

In 2019, The New York Times published an exhaustive investigation, notably including recordings of Russian pilots, that directly incriminated Russia in attacks on hospitals in Syria.

The summary was prepared by UN Secretary-General Antonio Guterres based on a 185-page confidential internal report, with 200 annexes.

The roughly 20-page summary was submitted to the UN Security Council’s 15 members.

The UN investigation focused on seven airstrikes, including one that was dropped from the report’s conclusions because the UN had not relayed the coordinates of that site to the belligerents, Guterres said in a letter accompanying the summary.

The UN chief attributed the small number of incidents examined to the absence of UN personnel on the ground, which made it difficult to determine what had happened.

At the end of July 2019, 10 Security Council members issued a rare demarche - a formal diplomatic petition - demanding that Guterres open an investigation into airstrikes on medical installations, infuriating Russia.

The board of inquiry was established in September and began working on September 30. Syria hospital attacks

Its report was supposed to have been submitted by the end of 2019 but was delayed until March 9.

Western countries for months have demanded that a summary of the report be published, but that too was delayed until now.

In his letter, Guterres stressed that the board of inquiry was not a criminal investigation and that it aimed to improve UN procedures and prevent attacks of this kind in the future.

Several western countries and NGOs have argued that the airstrikes on civilian targets in Syria should be prosecuted as war crimes. levant