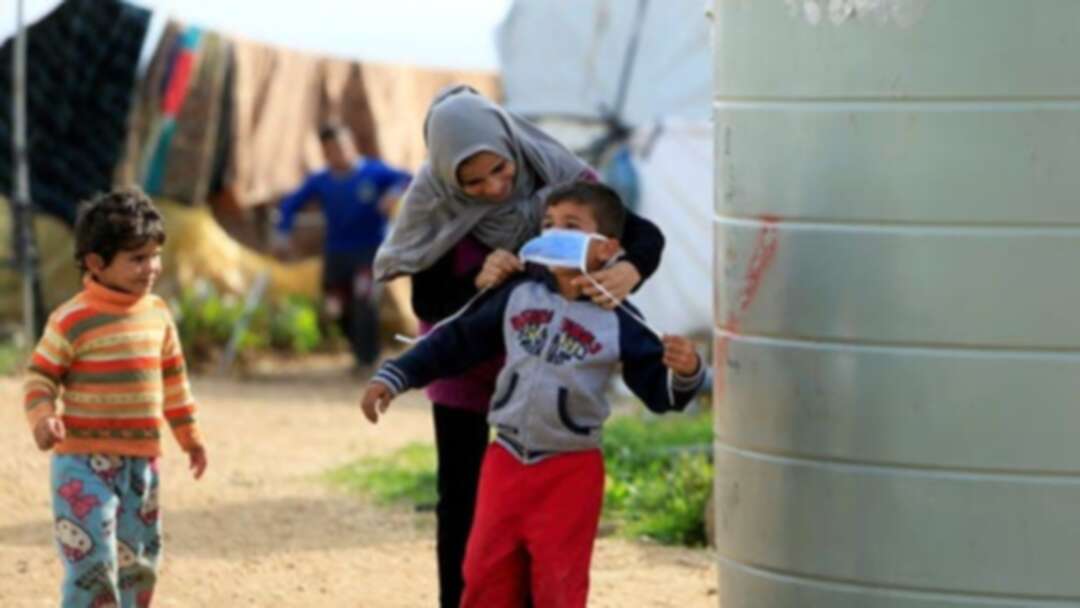 A Syrian refugee woman puts a face mask on a boy as a precaution against the spread of coronavirus, in al-Wazzani area, in southern Lebanon, March 14, 2020. (Reuters)

Warring parties in Syria must stop fighting “to avoid further catastrophe,” UN investigators said on Saturday, as the first cases of the COVID-19 epidemic are recorded in a country already torn apart by nine years of war. to Syria fighting

The UN fears large numbers of preventable deaths may follow although Damascus has reported only five cases of the novel coronavirus so far.

“Syrian civilians now face a deadly threat in the form of the COVID-19 outbreak, one that will strike without distinction and that will be devastating for the most vulnerable in the absence of urgent preventative action,” said Paulo Pinheiro, chair of the Independent International Commission of Inquiry on Syria.

The parties must heed calls for a ceasefire or face a “looming tragedy,” Pinheiro said, adding: “Anything short of that will likely condemn large numbers of civilians to preventable deaths.”

The conflict has left more than 380,00 dead and the World Health Organization says Syria’s health system has been acutely weakened.

Just 64 percent of hospitals and 52 percent of primary healthcare centers that existed before 2011 are functioning, and 70 percent of the country’s health workers have left.

The commission noted that “much of this situation is a result of pro-Government forces systematically targeting medical facilities.”

“Nurses, doctors and medical volunteers have been attacked, detained and disappeared by parties to the conflict,” the statement said.

“All attacks on medical providers, facilities, hospitals, and first responders must cease immediately.”

The 6.5 million displaced Syrians still living in the country are particularly threatened by the spread of the virus, including one million mainly women and children in the camps of Idlib province along the Turkish border. to Syria fighting

The camps offer limited access to water in a region where dozens of hospitals have closed because of the fighting.

Rights groups have also warned of a health disaster in overcrowded prisons. levant