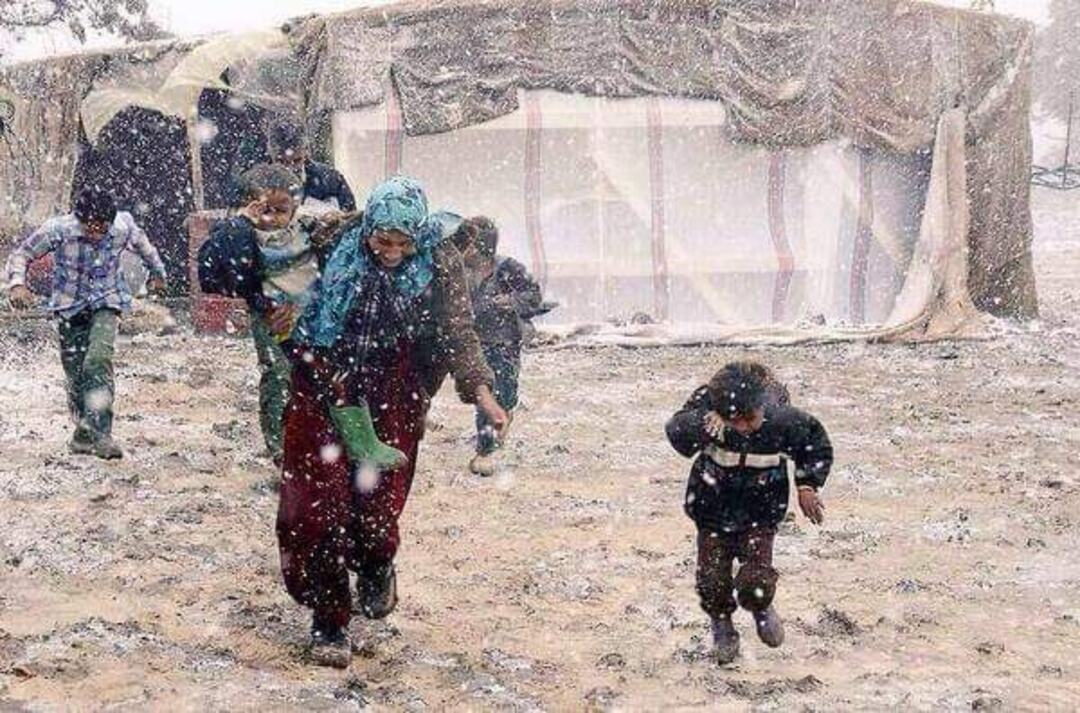 Mark Cutts, the UN’s deputy regional humanitarian coordinator for Syria, said in a briefing attended by Arab News: “We’re extremely concerned about the situation there.”

The IDPs, he added, are “some of the most vulnerable people in the world,” the majority of them living in temporary camps and tents.

Cutts said: “During this extremely cold weather, we’ve seen some real horror scenes in the last few days — about 1,000 tents have either collapsed completely or been very badly damaged as a result of heavy snow,” adding that temperatures have dropped to as low as -7 degrees centigrade.

“These are people who’ve been through a lot in the past few years. They’ve fled from one place to another. The bombs have followed them. Many of the hospitals and schools in northwest Syria have been destroyed in the 10 years of war,” said Cutts, adding that what he and his team are seeing in camps now is a “real disaster zone.”

He said: “Our humanitarian workers have been pulling people out from under their collapsed tents … They’ve been clearing snow from tents with their bare hands.”

Children, the elderly and the disabled are suffering the most from the conditions, added Cutts, who appealed to the international community to “do more, to recognize the scale of the crisis, to help us get these people out of tents and into safer, more dignified temporary shelter.”

In a final plea, he said: “It’s absolutely unacceptable that you’ve got 1.7 million people living in camps in these appalling conditions — most of them are women and children and elderly people.

“These civilians are stranded in a warzone, and now, on top of that, they’re dealing with temperatures below zero. No one should have to live in these conditions.”