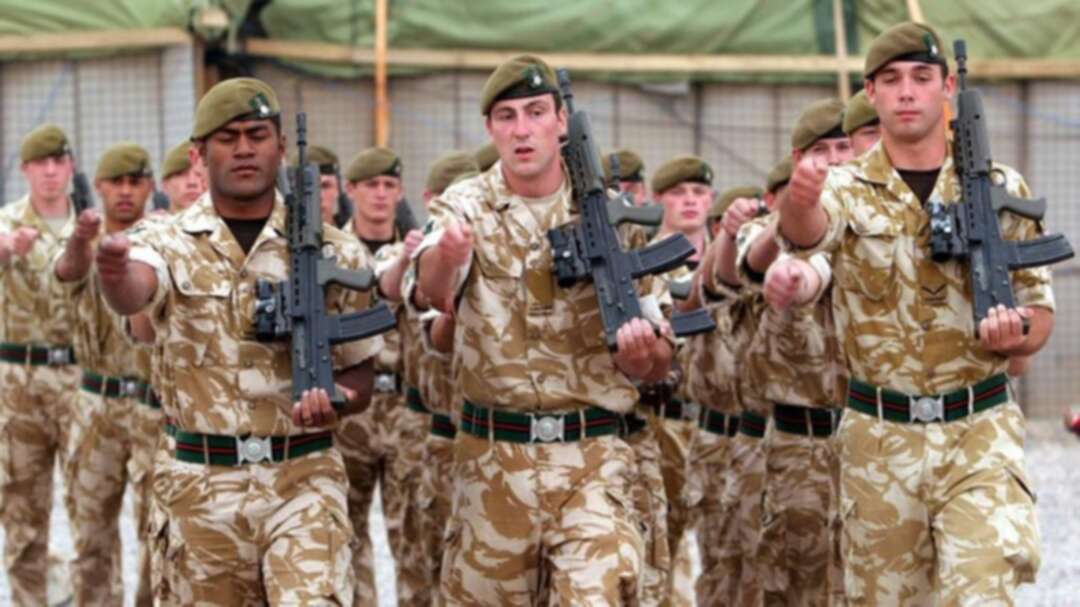 British soldiers parade during a ceremony to mark transfer of control of a British military base, in Basra, Iraq, Tuesday, April 24, 2007. (File photo AP)

Britain has about 400 military personnel in Iraq, who help provide training in the country. They are mostly located at the Taji base, north of Baghdad.