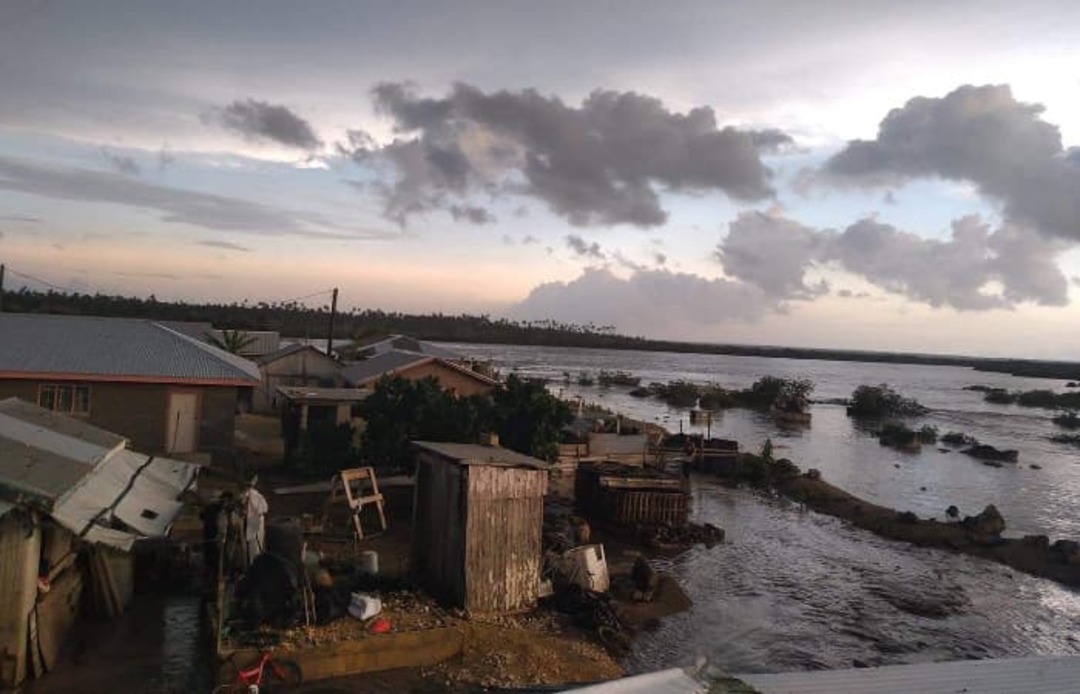 Tonga after violent volcanic eruption in the Pacific/Facebook page

The Xinhua reported that two people have died in Tonga after the violent eruptions of the Hunga Tonga-Hunga Ha'apai volcano, about 65 km north of the country's capital city Nuku'alofa.

According to Radio New Zealand (RNZ) on Tuesday, New Zealand's Ministry of Foreign Affairs and Trade confirmed the two deaths.

One of the deaths was British national Angela Glover, who was reported by her family to have been killed by the tsunami caused by Saturday's volcanic eruption. She is believed to have died trying to rescue her dogs at the animal charity she ran.

Tonga police also told the New Zealand High Commission in Nuku'alofa that the confirmed death toll stood at two, but with communications in Tonga cut off, the true extent of casualties in the island nation was not clear.

The report said the tsunami-hit Tonga islands suffered extensive damage, and it is feared that death toll in the island nation would rise.

Serious damage has been reported from the west coast of Tonga's main island Tongatapu and a state of emergency has been declared.

On Friday and Saturday, the Hunga Tonga-Hunga Ha'apai volcano erupted violently and triggered tsunami in Tonga.

The Hunga Tonga-Hunga Ha'apai volcano is part of the highly active Tonga-Kermadec Islands volcanic arc, a subduction zone extending from New Zealand north-northeast to Fiji. Over the past decades, the volcano has erupted several times.