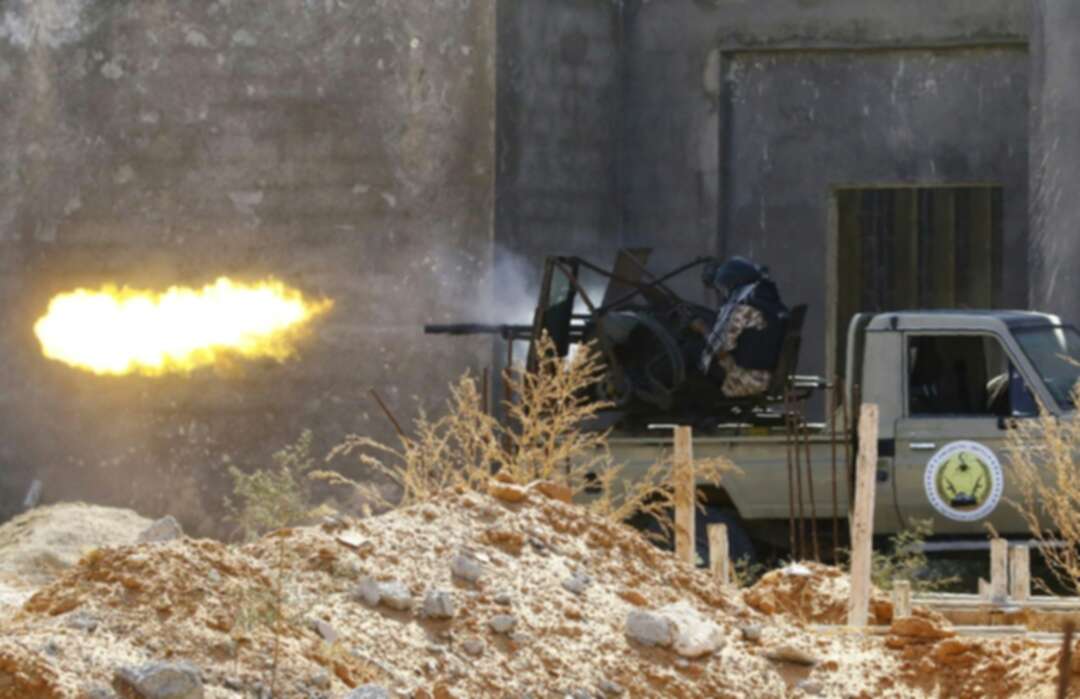 Turkey's decision to approve the deployment of troops to Libya risks plunging the North African nation deeper into a Syrian-style proxy war between regional powers including Russia, experts warn.

Libya has been mired in conflict since a NATO-backed uprising in 2011 toppled dictator Moamer Kadhafi, with rival administrations in the east and the west battling for supremacy.

Turkey and Qatar have taken the side of the UN-recognised government of national accord (GNA) in the capital Tripoli, which has been under sustained attack since April from the forces of eastern-based military strongman General Khalifa Haftar.

Haftar, who has superior airpower, is backed by Turkey's regional rivals -- Saudi Arabia, Egypt and the United Arab Emirates.

On Thursday, Turkish MPs passed a bill approving a military deployment in Libya to bolster the beleaguered GNA.

No date was given for the potential troop deployment, which would draw Ankara deeper into a conflict in which Haftar's forces, who oppose Islamist movements close to Ankara, have the upper hand.

Ankara has already sent the GNA drones, according to the United Nations.

Some reports have suggested that Ankara has sent in some of the Syrian rebels that led a Turkish intervention against a Kurdish militia in northeast Syria in October.

Haftar's army, meanwhile, has reportedly received backing from hundreds of Russian mercenaries from private military group Wagner, believed to be controlled by an ally of President Vladimir Putin.

Russia, whose military intervention in Syria helped turn the tide of that conflict in President Bashar al-Assad's favor in 2015, has denied sending mercenaries to Libya.

But the UN's Libya envoy, Ghassan Salame, has said himself that Russian mercenaries are indeed operating on the ground and has accused several countries of violating a 2011 UN arms embargo on Libya.

Salame has slammed the foreign interference in a conflict that has turned Libya into a haven for jihadists and migrant smugglers.

"Arms are coming in from everywhere," he told AFP in an interview in late November, accusing unnamed "external parties" of causing increased civilian casualties through drone strikes.

Like the Syrian conflict, the Libyan war has developed into a "very complex" power play between Ankara and Moscow who are not allies but whose interests sometimes converge, Jalal Harchaoui, a researcher on Libya at Dutch think-tank Clingendael Institute, told AFP.

Russia and Turkey support opposing sides in the Syrian civil war but together launched peace talks with Iran that effectively killed off UN-sponsored talks in Geneva.

Moscow also initially stood back while Ankara intervened against Kurdish rebels in northeast Syria in October, allowing Ankara to carve out a buffer zone along its border before negotiating a ceasefire.

"Could something similar happen in Libya? My answer is yes," Salame told France's Le Monde newspaper in a recent interview.

Harchaoui noted that there had "never been a direct clash between Turks and Russians on Syrian soil" and predicted that they would also avoid confrontation in Libya.

Underpinning the strategies of both countries was "the same anti-European, post-American logic," he said.

Europe, meanwhile, has been relegated to the role of onlookers, in a war which has facilitated the smuggling of migrants across the Mediterranean from Libya to Europe.

Attempts by French President Emmanuel Macron to broker a peace deal by inviting Haftar to talks in Paris with the GNA in 2017 have come to naught.

As France scales back its mediation attempts following criticism of its perceived pro-Haftar bias, Germany has stepped in to try to fill the void.

Berlin has invited regional players to a UN-backed conference in Berlin planned for January.

"The West isn't leading the way in Libya. The Russians and Turks will do their own Yalta on Libya," Harchaoui predicted, in an allusion to the conference at which the US, USSR, and Britain decided on the post-war order in Europe in 1945.

Moscow and Ankara are operating on the assumption that the US, which has withdrawn some troops from Syria and Afghanistan, has "disappeared from the scene", Harchaoui added.

For Emadeddin Badi, an expert at the Middle East Institute in Washington, Turkey's aim is "to force a political settlement that guarantees the survival of the GNA" and preserves its economic interests in Libya.

In November, Ankara signed a maritime agreement with Tripoli that angered Greece and Cyprus by dividing much of the energy-rich Eastern Mediterranean between itself and Libya.

Nathan Vest, a Middle East expert at the US policy institute Rand Corporation, described the deal as part of a "broader competition for resource equities and influence in the eastern Mediterranean".

6 killed in airstrike north of Baghdad targeting convoy carrying Shia militia members – report Iran will punish Americans wherever they are within its reach: Guards commander