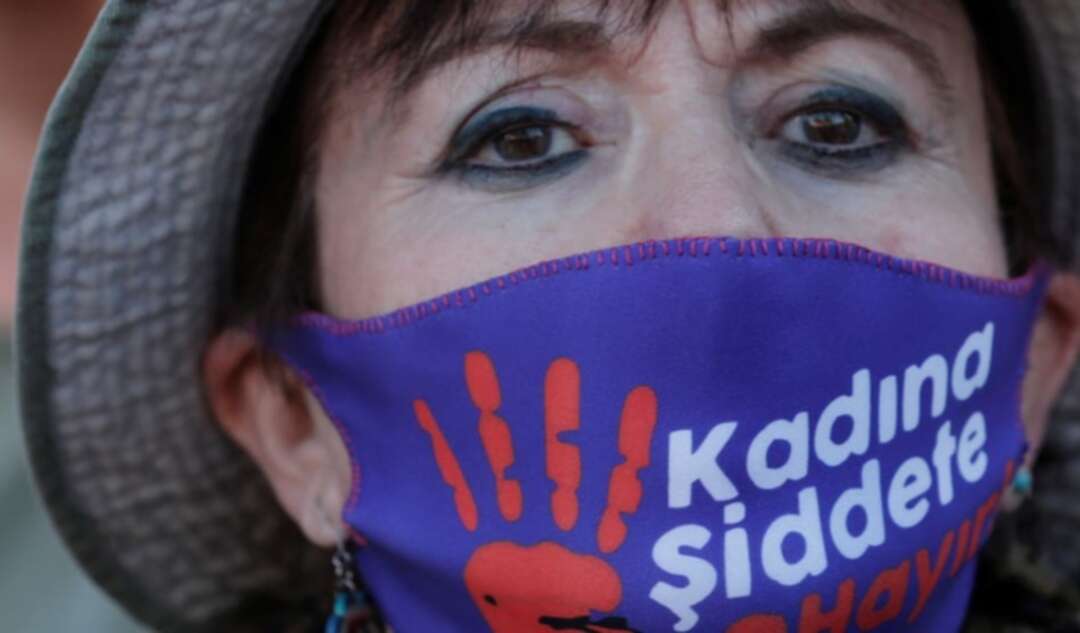 A demonstrator wearing a protective face masks with a sign reading: No to violence against women, takes part in a protest against femicide and domestic violence, amid the coronavirus disease (COVID-19) outbreak, in Istanbul, Turkey August 5, 2020. (File photo: Reuters)

Turkey has withdrawn from a landmark European treaty protecting women from violence that it was the first to sign 10 years ago and that bears the name of its largest city.

Violence against and killing of women is on the rise in Turkey, according to rights groups.

Some officials from Erdogan’s Islam-oriented party have advocated a review of the agreement, claiming it encourages divorce and promotes LGBT culture which they say are contrary to the country’s conservative values.

Turkey was the first country to sign the Council of Europe’s “Convention on preventing and combating violence against women and domestic violence” at a committee of ministers meeting in Istanbul in 2011. The law came into force in 2014.

The Istanbul Convention states that men and women have equal rights and obliges state authorities to take steps to prevent violence against women, protect victims and prosecute perpetrators.