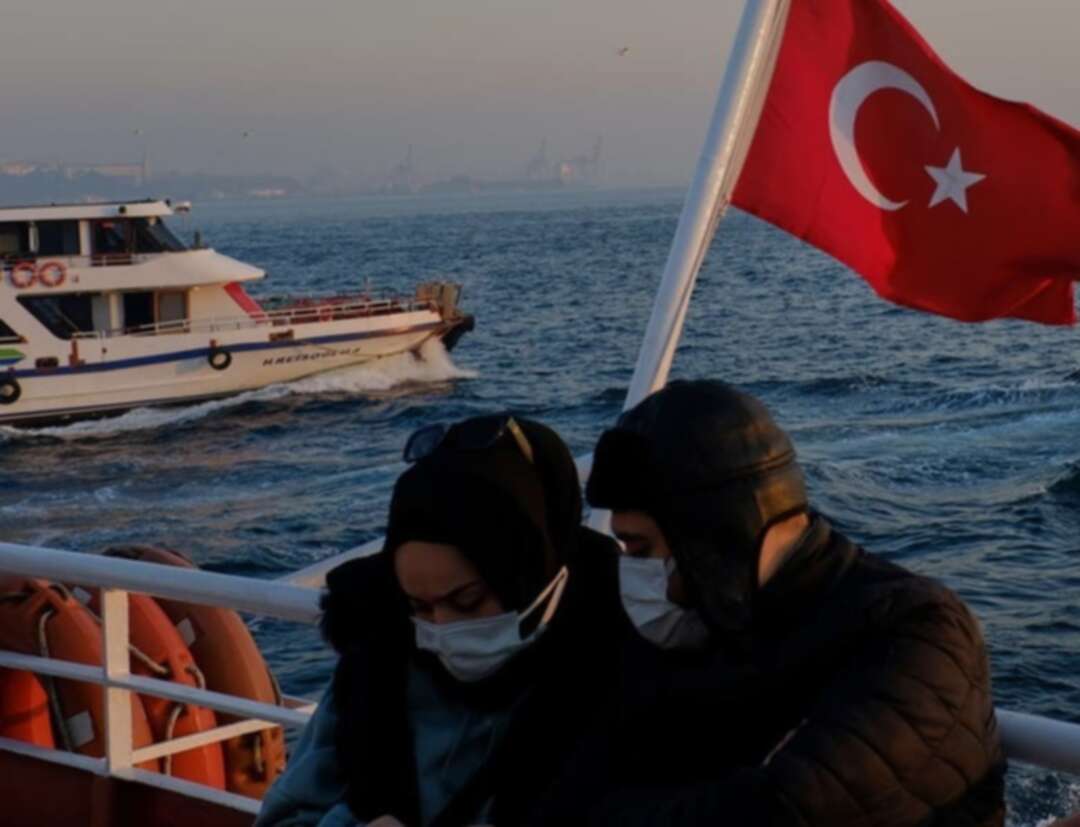 A couple wearing protective masks travel on a ferry over the Bosphorus, amid the coronavirus disease (COVID-19) outbreak in Istanbul, Turkey February 23, 2021. (Reuters)

Turkey and Egypt could negotiate a maritime demarcation agreement in the eastern Mediterranean if their ties, which have been strained, allow for such a move, Turkish Foreign Minister Mevlut Cavusoglu said on Wednesday.

Last month, Egypt announced the start of a bid round for oil and natural gas exploration and exploitation in 24 blocks including some in the Mediterranean.

Speaking at a news conference with his Georgian counterpart in Ankara, Cavusoglu said Egypt’s exploration bids had respected Turkey’s continental shelf and that Ankara viewed this positively.