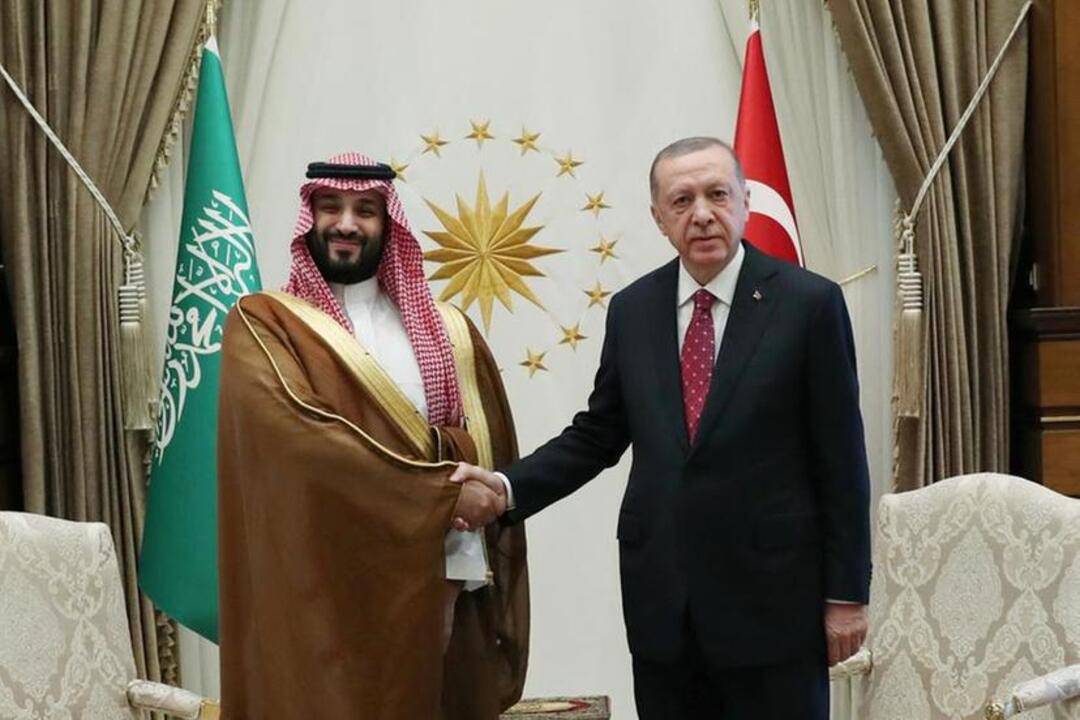 Turkish President Tayyip Erdogan and Saudi Crown Prince Mohammed bin Salman meet at the Presidential Palace in Ankara, Turkey, June 22, 2022. Murat Cetinmuhurdar/PPO/Handout via REUTERS. THIS IMAGE HAS BEEN SUPPLIED BY A THIRD PARTY. MANDATORY CREDIT. NO RESALES. NO ARCHIVES

Turkey and Saudi Arabia emphasized determination on a new period of cooperation in bilateral relations during talks in Ankara, as the two countries aim to fully normalise ties that were ruptured after the murder of Saudi journalist Jamal Khashoggi.

In a joint statement following the talks between Saudi Crown Prince Mohammed bin Salman, the country's de facto ruler, and Turkey's President Tayyip Erdogan, the two countries said they discussed improving relations and investment in sectors from energy to defence among others.

According to the statement, Ankara and Riyadh decided to deepen consultation and cooperation on the regional issues to strengthen stability and peace.

The two leaders vowed to develop and maintain cooperation on the basis of the "historical brotherhood" of the two nations for the future of the region.

Also, they highlighted the importance of increasing the number of flights, easing bilateral trade, exploring investment opportunities and transforming them into concrete partnerships.

Saudi Arabia expressed gratitude for Turkiye's support for Riyadh's candidacy to host EXPO 2030, according to the Turkish-Saudi joint declaration.