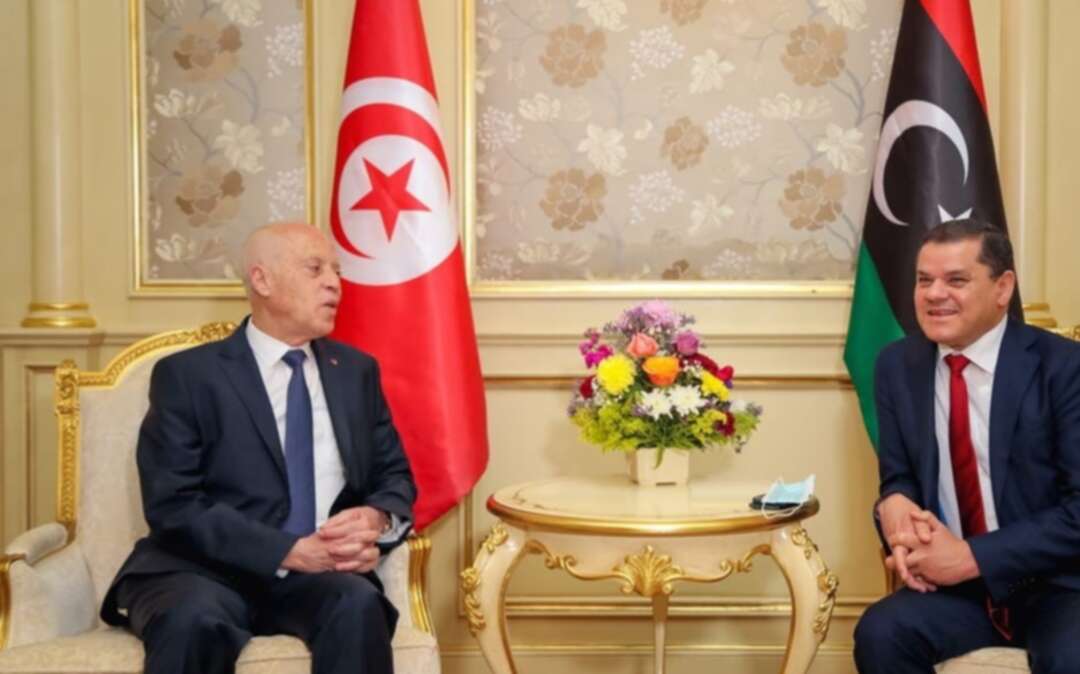 Tunisian President Kais Saied on Wednesday visited neighboring Libya, where a UN-backed unity government is seeking to restore stability after a decade of violent turmoil.

On the first such visit since 2012, the Tunisian president was due to meet Libya’s new interim Prime Minister Abdul Hamid Dbeibah, who has been tasked with governing until December elections.

Saied’s trip aims to show “Tunisia’s support for the democratic process in Libya” and for greater “stability and prosperity”, his office said.

Libya descended into chaos after former president Muammar Gaddafi was toppled and killed in a NATO-backed uprising in 2011, with an array of forces battling to fill the void.

The turmoil has impacted Tunisia by sharply reducing cross-border trade and because extremists used lawless Libya as a staging area for a series of bloody attacks in Tunisia.

Saied was welcomed at the airport in Tripoli by Presidential Council Chairman Mohamed al-Manfi and was later to meet Dbeibah, who was sworn in Monday. 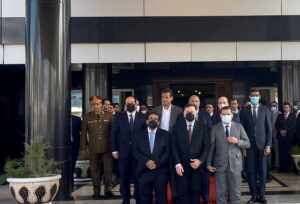 Libya’s new transitional executive emerged from a UN process that was launched in November in Tunis, then voted on in Geneva and confirmed by Libya’s parliament on March 10.

Saied, who has made few official trips since his election in October 2019, only announced his visit on Tuesday, the day the new government was formally launched.

He was joined by Tunisian Foreign Minister Othman Jerandi and his top adviser Nadia Akacha.

Before 2011, oil-rich Libya was a major customer for Tunisian farm produce and building materials as well as migrant labor.

Libya was in recent years split between a Government of National Accord (GNA) in Tripoli, and an eastern-based administration, backed by General Khalifa Haftar.

The two sides reached a ceasefire in October.

While the GNA has been backed by Turkey and Qatar, Haftar has received support from the United Arab Emirates, Russia and Egypt.

Thousands of foreign fighters and mercenaries remain in Libya.