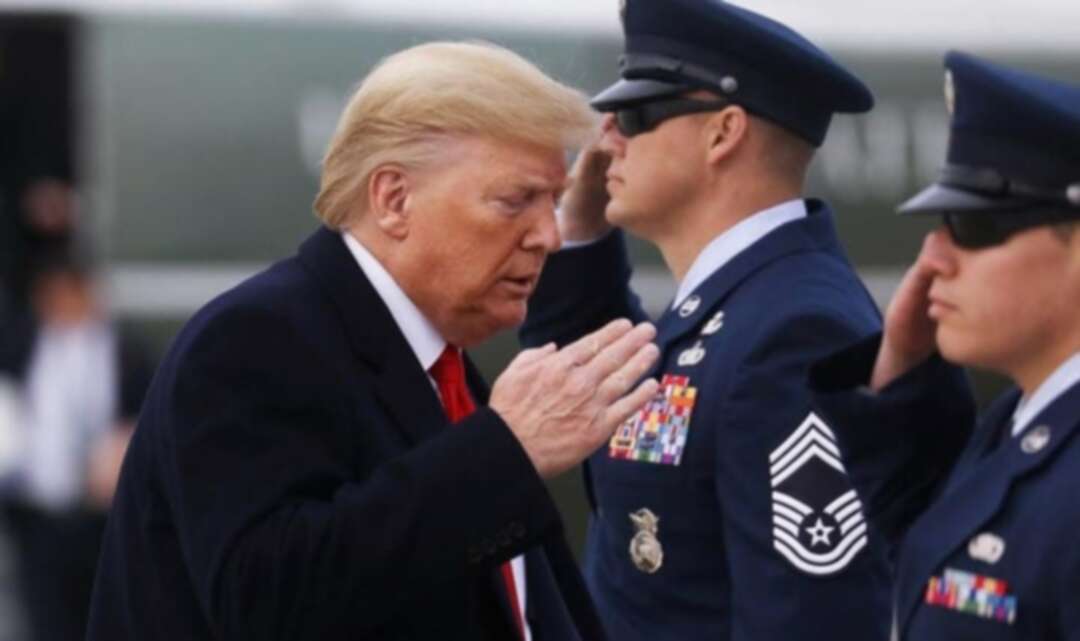 US President Donald Trump salutes US Air Force personnel as he boards Air Force One to depart for travel to Florida at Joint Base Andrews. (Reuters)

US President Donald Trump said on Thursday he will release his long-awaited peace plan for the Middle East before Israeli Prime Minister Benjamin Netanyahu visits Washington next week.

Speaking to reporters on Air Force One en route to Miami for a political event, Trump said Palestinians might react negatively to his plan at first, but that it would benefit them.

“It’s a great plan,” said Trump, who will meet with Netanyahu at the White House on Tuesday. “It’s a plan that really would work.”

US will no longer issue visas for pregnant women to limit ‘birth tourism’ Fears mount over health of French academic held in Iran: Committee