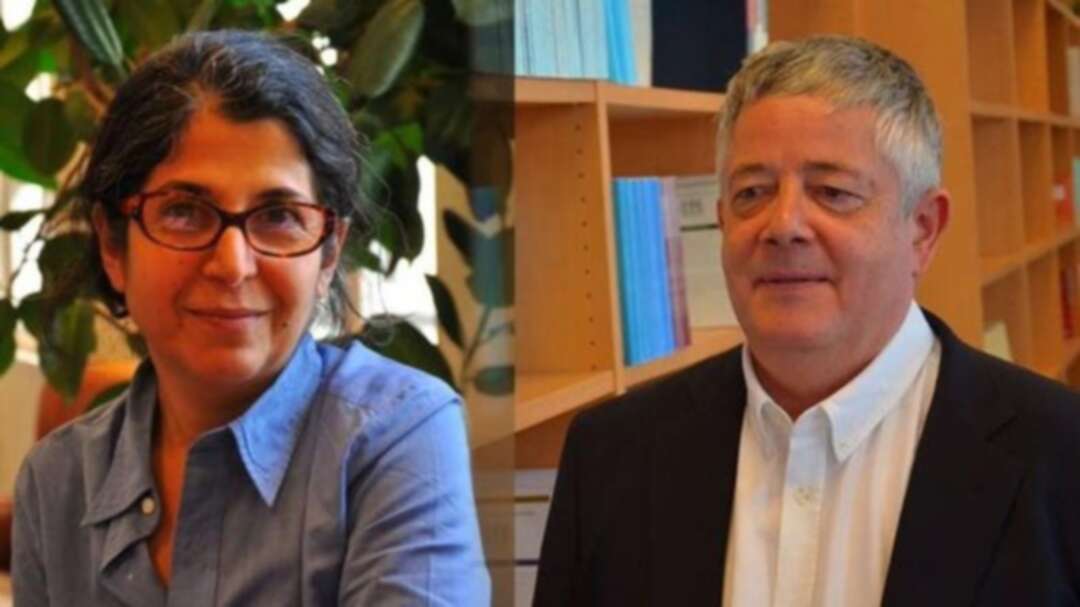 A combo of Fariba Adelkhah and Roland Marchal. (Courtesy Twitter)

French-Iranian academic Fariba Adelkhah has requested access to her French colleague Roland Marchal in detention in Iran, saying she has “serious concerns” about his health, a committee supporting the pair said on Thursday.

The two researchers have been held in the Islamic Republic since June, two of a number of foreigners arrested in Iran during a spike in tensions between Tehran and the West.

Adelkhah would be willing to end her hunger strike, which she started on December 24, if Marchal was freed, the support committee said in a press release sent to AFP.

“She has the most serious concerns about his health - an alarm that we share,” because the Revolutionary Guards have refused a consular visit to Marchal since December, the committee said.

French nationals held abroad can usually receive consular visits, during which detention conditions - and their health - can be checked.

But Iran does not recognize dual nationality and has lashed out at Paris for what it has described as “interference” in the cases of the academics, both from Sciences Po university in Paris.

Adelkhah has refused to return to her cell and held a sit-in in a public area of the prison over the last week, demanding to see Marchal “to comfort him and check the state of his health,” the committee said.

Iran has dropped espionage charges against Adelkhah but she still faces charges of spreading “propaganda against the political system” and “conspiracy against national security.”

Marchal is accused of “collusion against national security,” according to his lawyer.

The two researchers are not the only foreign academics behind bars in Iran - Australian Kylie Moore-Gilbert of the University of Melbourne is serving a 10-year sentence on espionage charges. Moore-Gilbert is sharing a cell with Adelkhah and joined her on the hunger strike.

Arrests of foreigners including dual nationals in Iran have increased since the United States pulled out a landmark nuclear agreement with Tehran in 2018 and reimposed crippling sanctions.

France and other European nations have tried to salvage the deal, but tensions soared further after the US killing of Iranian commander Qassim Soleimani earlier this month.

France has regularly called on Iran to release Adelkhah and Marchal, with Foreign Minister Jean-Yves Le Drian saying earlier this month that their detention was “unacceptable.”