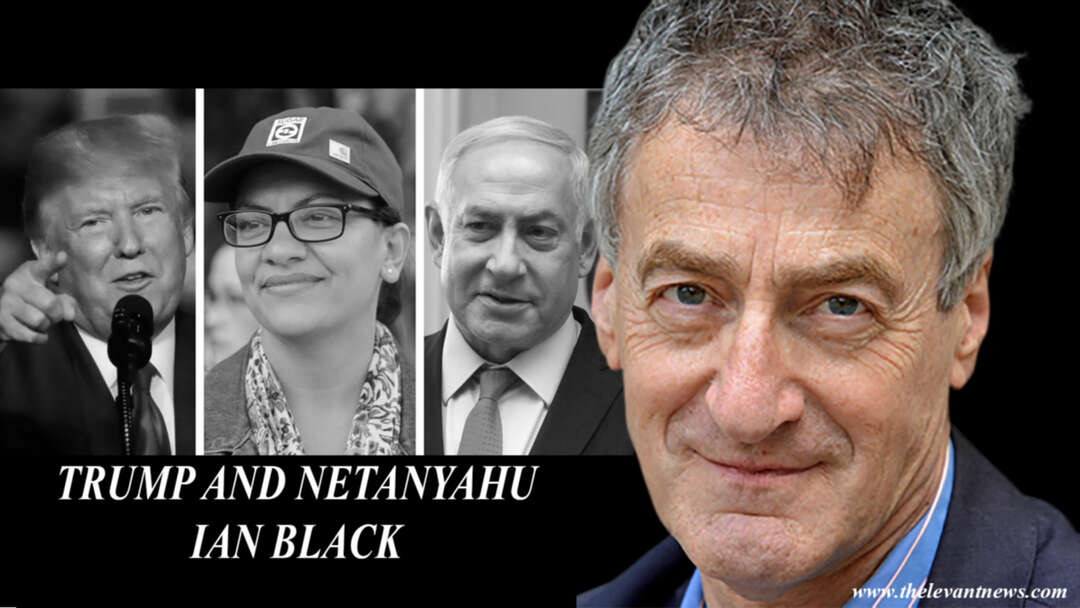 News stories, by their nature, often serve to illustrate far wider themes, and so it was with the Israeli government’s ban on two women Democratic members of the US Congress because of their support for the Palestinian cause.

The episode was revealing about current relations between Israel and the United States and specifically between President Donald Trump and Prime Minister Binyamin Netanyahu. More broadly, it was about changing attitudes to Israel, the Palestinians and the fading hopes for a just resolution to the world’s most intractable and divisive conflict.

At the heart of the story were plans for a trip, but it was certainly no holiday. Ilhan Omar and Rashida Tlaib had been invited by Palestinian and Israeli NGOs to visit East Jerusalem and the West Bank, defined as occupied territories under international law. The two are among four Democrats who Trump has said should go back to the countries they “originally came from”.

Tlaib was born in Michigan to Palestinian parents. Omar is a naturalised US citizen who arrived as a child refugee from Somalia. The pair were the first Muslim women elected to congress. The president has been widely criticised for what many see as hate-mongering and racism.

Shortly before Israel announced the ban, Trump had tweeted that allowing the women to enter the country “would show great weakness”. But Israel’s ambassador to Washington had previously declared that Israel would not deny entry to US lawmakers “out of respect for the US Congress and the great alliance between Israel and America”.

Israeli media has since reported that the ambassador’s statement was approved in advance at the highest levels of the Israeli government – reinforcing the belief that the subsequent decision was taken simply to please the man in the White House.

The basis for the ban was a 2017 law that allows the deportation of anyone who supports a boycott of Israel or – an important distinction - Jewish settlements in the occupied territories. It was designed specifically to combat the boycott, divestment and sanctions (BDS) movement, which has attracted growing support in recent years. Omar and Tlaib both back the use of boycotts to pressure governments, including Israel’s, on rights abuses. Netanyahu explicitly accused the two Congresswomen of aiming to use their trip to “strengthen the boycott against us and deny Israel’s legitimacy”.

The story got more complicated when Israel announced later that Tlaib would in fact be allowed in to visit her 90-year-old grandmother in the West Bank, provided she refrained from making political statements. Tlaib rejected those “oppressive conditions.” The hashtag #MyPalestinianSitty (Arabic for grandmother) has been trending on Twitter ever since.

Above all else the controversy underlined the extent to which the Israel-Palestine question has become a divisive issue in western democracies – and one which can be easily and cynically exploited for domestic political advantage.

Trump’s approach has been to smear Democrats as being not only critics of Israel but anti-Semites, calling Tlaib and Omar “the true face” of the Republicans’ main rival. In Britain the Labour opposition leader, Jeremy Corbyn, a longtime supporter of the Palestinians, has been accused of ignoring accusations of anti-Semitism. Labour supporters, including Jewish members of the party, angrily reject such accusations and indeed throw them back, saying that the ruling Conservative party – and its new leader Boris Johnson – have contributed to growing Islamophobic sentiment.

In the US, however, the issue matters far more. Israel has for years been the single largest recipient of US aid in the world and is widely seen as the only democracy in the Middle East. It is a bipartisan issue, though the majority of American Jews vote for the Democrats. Israel’s ban on the Congresswomen was widely condemned, not only by prominent pro-Israeli voices and organisations but also by some leading Republicans.

The row also highlighted the mutual dependence of Netanyahu and Trump. It was the US president, after all, who smashed decades of American and international consensus when he decided to move the US embassy from Tel Aviv to Jerusalem and recognised Israel’s annexation of the Golan Heights, captured from Syria in 1967. His unilateral abandonment of the 2015 nuclear agreement with Iran was also seen as serving Netanyahu’s agenda.

“Its total identification with Trump and his policies stains Israel with the US president’s prejudices and aggressive, race-baiting rhetoric,” noted one columnist in Israel’s liberal Haaretz newspaper. “Netanyahu’s efforts to curry favor with his benefactor have caused lasting and possibly irreversible harm.” https://www.haaretz.com/israel-news/.premium-backlash-to-tlaib-travel-ban-is-time-bomb-for-the-u-s-israel-special-relationship-1.7691664

Netanyahu is facing an election on September 17, having failed in his efforts to form a new government after polls that were held in April. Trump, of course, is hoping to secure a second term in the Oval Office in November 2020. Still, as this bleak story shows, only their most blindly loyal and uncritical supporters believe these two leaders represent the true interests of their respective countries and their places in the world.