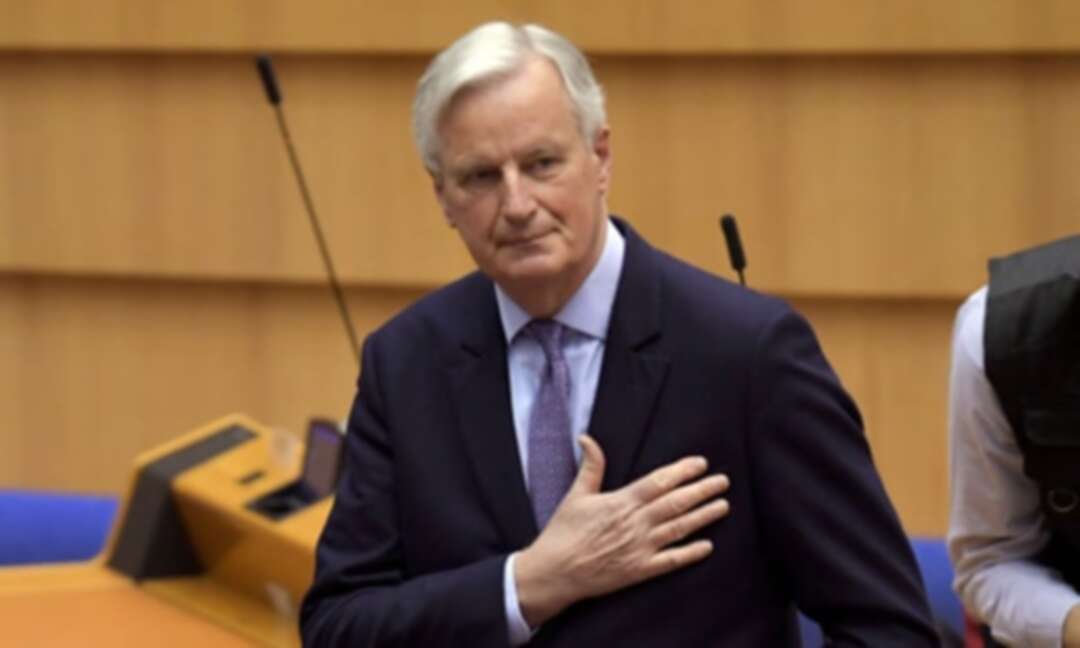 Michel Barnier: ‘Brexit is a failure for the EU. It is also a waste, for the UK and for us.’

Britain’s post-Brexit future was determined by “the quarrels, low blows, multiple betrayals and thwarted ambitions of a certain number of Tory MPs”, the EU’s chief negotiator has said in his long-awaited diaries.

The UK’s early problem, writes Michel Barnier in The Great Illusion, his 500-page account, was that they began by “talking to themselves. And they underestimate the legal complexity of this divorce, and many of its consequences.”

Soon, however, the talking turned to Conservative party infighting, and by the end it had become “political piracy … They will go to any length. The current team in Downing St is not up to the challenges of Brexit nor to the responsibility that is theirs for having wanted Brexit. Simply, I no longer trust them.”

Published in France on Thursday and in English translation in October, The Great Illusion is a blow-by-blow account of the four years Barnier, a former French cabinet minister and European commissioner who has said he expects to “play a role” in the country’s next presidential election, spent as the EU’s chief Brexit negotiator.

In the image of its author, it is mostly courteous, measured and precise: a sober, matter-of-fact – and, to those who followed Brexit’s twists and turns, broadly familiar – account. But that makes its asides and rare outbursts all the more forceful.

At the start of the process, Barnier writes, he promised himself to “pay attention to my words, stick to facts, figures, legal fundamentals – in short, to allow little room for emotion and feeling, to the benefit of objectivity”.

He does not always manage it.

David Davis, he writes, was “warm, truculent, and very self-assured”, Dominic Raab “almost messianic”. Theresa May was “direct, determined … and rather rigid, in her figure and in her attitudes”; Boris Johnson simply “baroque”.

He confesses to being frankly “stupefied” by the Lancaster House speech in which May laid out the early UK’s red lines. “The number of doors she shut, one after the other,” he marvels on 17 January 2017. “I am astonished at the way she has revealed her cards … before we have even started negotiating.”

Ending the jurisdiction of the European court of justice, halting free movement, leaving the single market and customs union, ending EU budget payments: “Have the consequences of these decisions been thought through, measured, discussed? Does she realise this rules out almost all forms of cooperation we have with our partners?”

May’s proposed timetable – undoing a 44-year partnership via article 50 and agreeing a future relationship, all within two years – also seemed “ambitious to say the least, when it took seven years of intense work to negotiate a simple FTA with Canada”.

Barnier is admiring of Britain’s civil servants, Olly Robbins in particular, praising them as “dignified, competent and lucid”. But he does not envy them, he writes, as talks finally get under way that summer after May’s disastrous early election gamble.

“They have above them a political class who, in part, simply refuse to acknowledge today the direct upshot of the positions they adopted a year ago.” And he is wary throughout of Britain’s strategy, which seems to him to amount mainly to “offering little and taking a lot”, procrastinating, and cherrypicking.

His sympathy does extend to May, “a courageous, tenacious woman surrounded by a lot of men busy putting their personal interests before those of their country”. In the end, Barnier writes, the prime minister “exhausted herself, in a permanent battle with her own ministers and with her parliamentary majority”.

He never saw the point of Brexit, he confesses, and, visiting a capital a week in a marathon effort to forge and maintain EU27 unity, gives the notion of “Global Britain” short shrift. “I do wonder what, until now, has prevented the UK from becoming ‘Global Britain’, other than its own lack of competitiveness,” he writes. “Germany has become ‘Global Germany’ while being firmly inside the EU and the eurozone.”

Brexiters in general and Nigel Farage and his Ukip followers in particular, Barnier writes, had simply behaved “irresponsibly, with regard to the national interests of their own country. How else could they call on people to make such a serious choice without explaining or detailing to them its consequences?”

The post-Chequers resignations of Davis and Johnson in July 2018 prompt the reflection that Johnson had in any event always “treated these negotiations strictly as a domestic matter, and according to the logic of his own Brexit battle”, while their replacements, Raab and Jeremy Hunt, spark little enthusiasm either.

“There is something in his look that surprises me,” writes Barnier of Raab. “He is no doubt fired up by his mission, but I am not sure we will be able to go into the detail of the negotiation with him, take account of facts and realities.”

European “Brexit fatigue” begins to sets in, Barnier writes, in the long months before Theresa May’s decision in May 2019 – following a series of humiliating defeats in the Commons and an inevitable extension to the talks – to step down, and Johnson’s triumphant arrival at No 10 two months later.

“Although his posturing and banter leave him open to it, it would be dangerous to underestimate Johnson,” writes Barnier. But Johnson, too, “advancing like a bulldozer, manifestly trying to muscle his way forwards”, seemed to the negotiator hobbled by the same fundamental British Brexit problem.

When one of Barnier’s 60-member team explains to Britain’s new prime minister the need for customs and quality checks on the Irish border, Barnier writes, it was “my impression that he became aware, in that discussion, of a series of technical and legal issues that had not been so clearly explained to him by his own team”.

As late as May 2020, Barnier records his surprise at the UK’s continued demands for “a simple Canada-type trade deal” while still retaining single market advantages “in innumerable sectors”. There remains “real incomprehension, in Britain, of the objective, sometimes mechanical consequences of its choices”, he writes.

With a backstop-free withdrawal agreement finally secured, Britain’s formal exit from the EU on 31 January 2020 leaves the negotiator “torn between emotions. Sadness, obviously: Brexit is a failure for the EU. It is also a waste, for the UK and for us. I still do not see the need for it, even from the point of view of Britain’s national interest.”

The transition year talks on a future trade deal were a rollercoaster, too, beginning with David Frost’s blunt announcement that London “did not feel bound by the political declaration it had just signed four months ago. That rather set the scene.”

Thereafter came the internal market bill (“a clear breach of international law”) and the UK’s “theatrical”, “almost infantile”, “derisory” threats to walk away over the EU’s level playing field demands, “a psychodrama we could have done without”.

Right up until the end, Barnier writes, the British team kept the Europeans busy, submitting a final legal text on the fraught subject of fisheries on 23 December last year “stuffed with traps, pseudo-compromises and attempts to backtrack”.

In an inauspicious postscript, he warns that while he was “proud to be part of the unity and solidarity of the EU” during the Brexit process, and pleased Britain had left with a functioning deal rather than without one, the bloc must now be vigilant.

British “provocations” over the Irish protocol will continue, he warns, while the UK government, “in an attempt to erase the consequences of the Brexit it provoked, will try to re-enter through the windows the single market whose door it slammed shut. We must be alert to new forms of cherrypicking.”

Nor does he expect London to wait long before “trying to use its new legislative and regulatory autonomy to give itself, sector by sector, a competitive advantage. Will that competition be free and fair? Will regulatory competition … lead to social, economic, fiscal dumping against Europe? We have tools to respond.”

Barnier’s final warning, however, is to the EU itself. “There are lessons to be drawn from Brexit,” he writes. “There are reasons to listen to the popular feeling that expressed itself then, and continues to express itself in many parts of Europe – and to respond to it. That is going to take time, respect and political courage.”