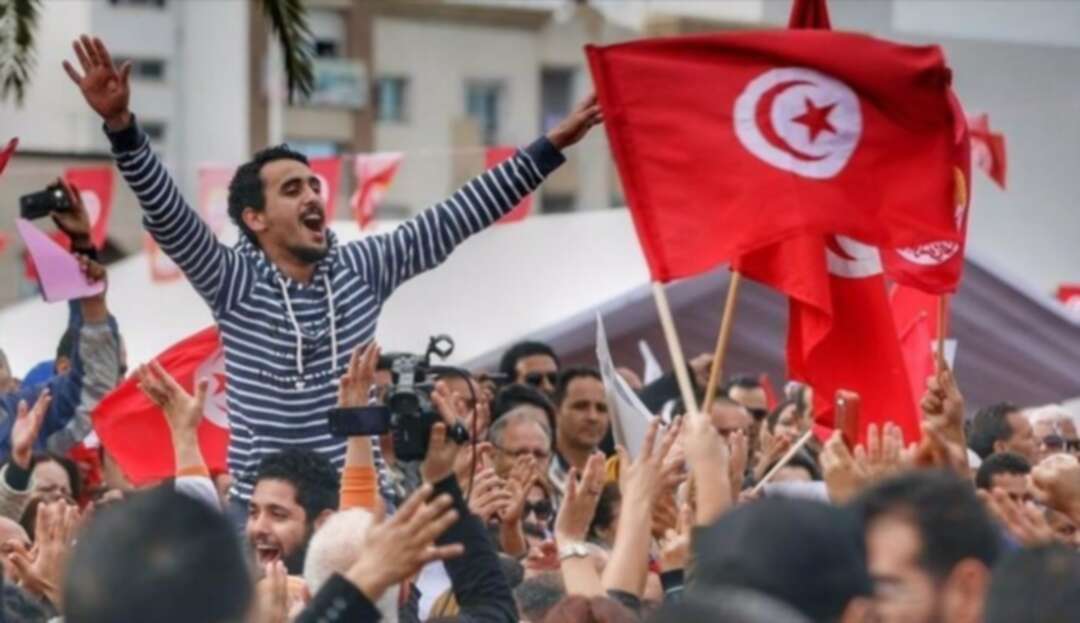 Thousands of protesters backed by Tunisia’s powerful labour union gathered in central Tunis on Saturday in the country’s biggest demonstration for years, defying a police lockdown that blocked roads in a large area of the capital.


The rally was held to mark the anniversary of the 2013 killing of a prominent activist and to protest against police abuses that demonstrators say have imperilled freedoms won in the 2011 revolution that triggered the “Arab Spring”.

Riot police deployed cordons around the city centre, stopping both cars and many people from entering the streets around Avenue Habib Bourguiba as thousands of people gathered, a Reuters witness said.

“I lived 10 years in freedom ... I am not ready to lose it,” said Haytem Ouslati, a 24-year old demonstrator. Protesters raised placards condemning police violence and chanted “No fear. The street belongs to the people.”

Unlike previous marches in a wave of protests that have spread across Tunisia in recent weeks, Saturday’s rally was backed by the UGTT union, the country’s most powerful political organisation with a million members.


Samir Cheffi, a senior UGTT official, said the protest was needed to protect liberties. “Today is a cry of alarm to defend the revolution, to protect freedoms under threat,” he said.

Protests which began last month over inequality have increasingly focused on the large number of arrests and reports - denied by the Interior Ministry - of abuse of detainees.

Mohammed Ammar, a member of parliament for the Attayar party, said he had phoned the prime minister to protest against the closure of central Tunis.

Protesters chanted against the moderate Islamist Ennahda party, a member of successive government coalitions, and reprised the Arab Spring slogan: “The people want the fall of the regime”.


A decade after Tunisia’s revolution, its political system is mired in endless squabbling between the president, prime minister and parliament while the economy stagnates.

While some Tunisians, disillusioned by the fruits of the uprising, are nostalgic for the days of autocracy, others have decried a perceived erosion of the freedoms that democracy secured.

For some, the febrile climate has recalled the political polarisation after a suspected hardline Islamist assassinated secular activist and lawyer Chokri Belaid in February 2013.

His death triggered a wave of protests in Tunisia that led to a grand bargain between the main Islamist and secular political parties to stop the country sinking into violence.

“We won’t accept Tunisia becoming a barracks. We ask the president to intervene and protect freedoms,” said Naima Selmi, a woman in the protest.