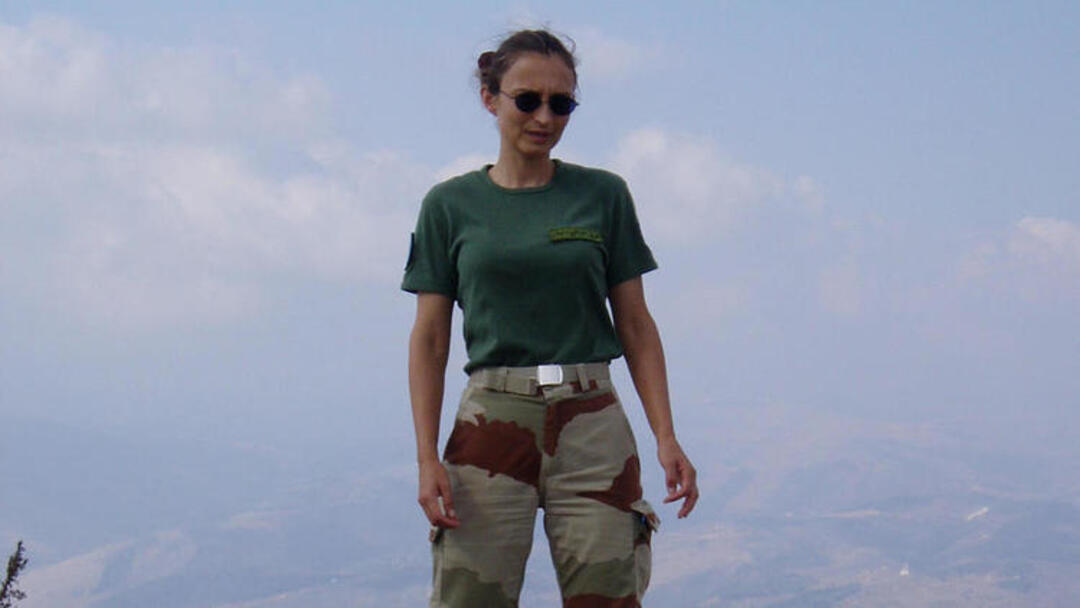 After her book (When the Shadow Advances, High-risk Mission in Syria) was published in late March on Amazon, Énora Chame, a pseudonym for a retired French intelligence officer on several French media outlets, talks about her experience in Syria as a UN worker to collect information about violations, war crimes and documentation in general.

In an interview on April 8 on France Info, Énora was asked:

- Regarding the role of the international community on the suffering of populations, I find a significant and disturbing mirror effect.

One cannot help thinking, like the Syrian soldiers the Russian soldiers are also the hostages of their country. It has to be abominable for the conscripts not to even know why they are there.

However there is a big difference. in Syria, the government attacked and liquidated its own population and after a while, it became a civil war, everyone against everyone. In contrast, in Ukraine, the population came together as one man to fight the Russians.

In another interview on May 25 with CNEWS, the officer is asked:

- What are the commonalities between what you experienced in Syria and what is happening in Ukraine?

I recognize in Ukraine mechanisms of war I have already seen. In the early days of a war, propaganda, lies, and manipulation are real strategic issues. Each side tries to show the other is the absolute villain and works to have the favour of the public opinion or the international community and possibly the support.

If we did not stop the war immediately, it could take years. Peace does not come all of sudden in the middle of a war. We feel sorry for the losses on both sides, which are dramatic, but when we do not want losses, we make peace. At the start of a war, everyone thinks that with a little more war, a little more violence, they will be in the best position and they will be able to negotiate better.

- About the executions of civilians, mass graves, and rapes, how are unfortunately they part of a process of war?

A war is just a pile of crimes. When there is a war, these things absolutely happen. Then, since we are in a phase of propaganda and feelings, it is very difficult to know what really happened. I know how difficult the journalists' work is in Ukraine, which is what we, in Syria, found ourselves in.

We were seeing many dead people. You have to ask: Who killed them? How were they killed? Did they have weapons in their hands, were they moved? It is very hard to answer that. You make reports that are measured, give facts, and study possibilities but end up angering everyone.

The people who suffer did not understand we were not more committed to denouncing the massacres, but the UN, and France, are committed to being very cautious. We have seen staging and manipulation, in the wars of the Balkans, Iraq and the Middle East. Propaganda is not necessarily a lie. It is to show the information which interests your side. This is an integral part of warfare.

- So you did not work in the shadow, as one might think?

Absolutely! The work in the field was observed by everybody. The opponents, like Bashar al-Assad's services, knew very well where we were going and what we were seeing. There are many photos taken of us, far too many for that matter. The only thing they did not know was our conclusions. They had to be very measured because there was a permanent risk of being manipulated.

How does being surveilled feel?

It's an oppressive feeling. It feels like being hunted.

- Doesn't acting for the UN provide greater security than operating undercover for an army or a government?

A UN mission is normally not attacked, you are not shot at, you are not tried to stick IEDs (improvised explosive devices) under the car... I say that, but for the current UN mission in the Sahel is really in danger too. It all depends on the type of mission you are in. Ours was extreme, to the point that we were stripped of our mandate after four months.

The UN considered we were in far too much danger and it would be impossible to stop the course of things. The violence directed against us, and from all sides, was amplified by the accusations made against us of playing into the other's hands. The biggest difficulty was leaving people, knowing they were going to be tortured.

- Your mission was to collect evidence of executions, and torture, take photos of victims and listen to testimonies. What was the goal?