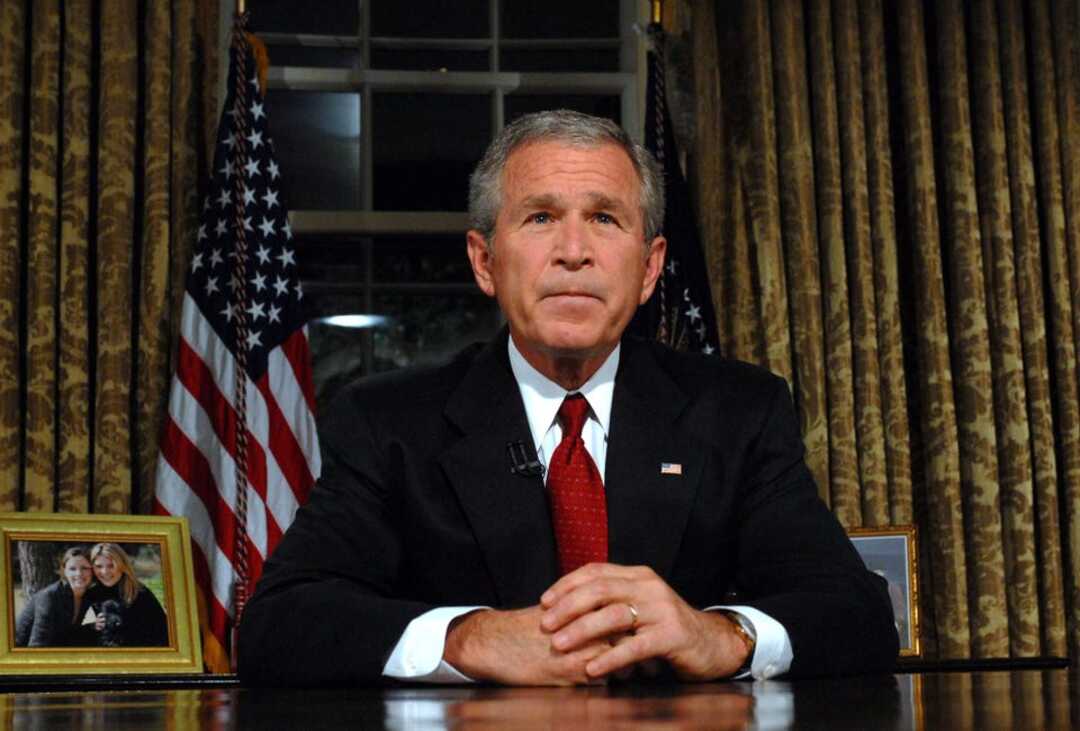 The Arabnews reported, FBI said it foiled a plot by a Daesh supporter living in the state of Ohio to assassinate former US President George W. Bush.

Court records revealed that a confidential informant exposed the plan before it was put into practice.

These records have now been unsealed, with 52-year-old Shihab Ahmed Shihab Shihab arrested on Tuesday morning (May 24).

According to the FBI’s search-warrant application, Shihab is an Iraqi national who’d been in the U.S. since 2020 and had an asylum application pending.

Former President George W. Bush: “The decision of one man to launch a wholly unjustified and brutal invasion of Iraq. I mean of Ukraine.” pic.twitter.com/UMwNMwMnmX

Shihab was described by Forbes magazine, which got the first details of the plot and arrest, as an employee of restaurants and markets in the cities of Columbus and Indianapolis.

The FBI said he told an informant that he belonged to a group called Al-Raed (Arabic for thunder), which was until recently commanded by a former pilot of the late Iraqi President Saddam Hussein. 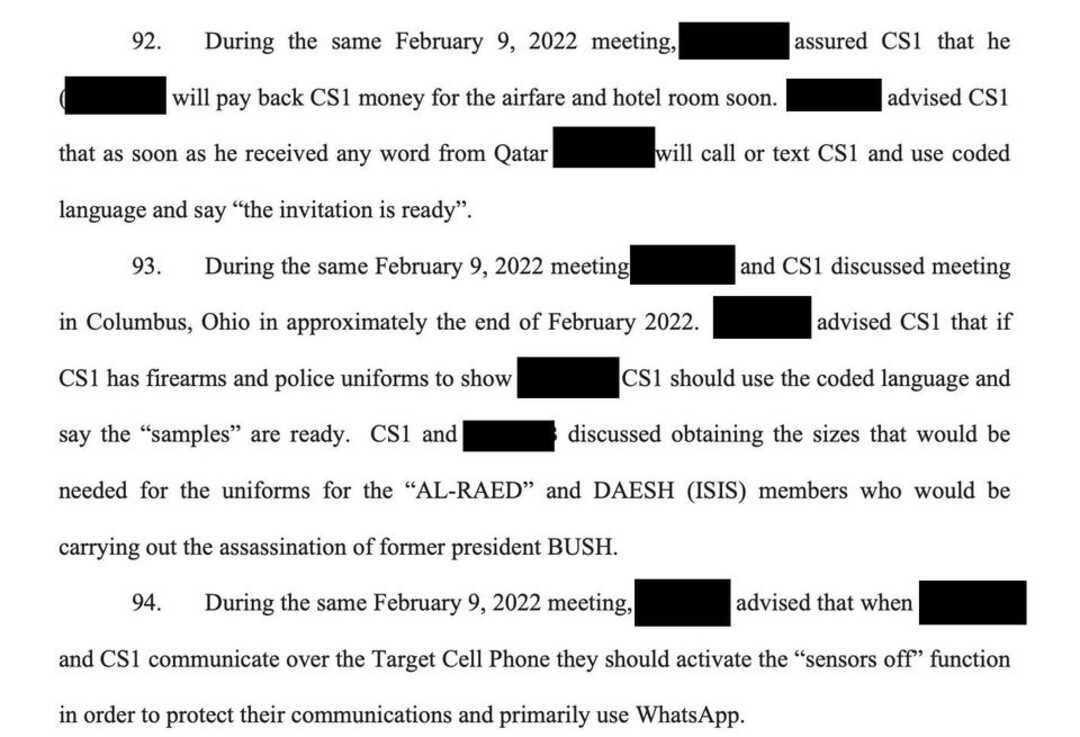 Earlier in March, the FBI obtained a court warrant to search the suspect’s mobile phone records to aid in its pursuit.

The warrant for his arrest shows that intelligence was gathered by informants and surveillance on his WhatsApp account. The warrant said Shihab hoped to murder Bush as revenge for his 2003 invasion of Iraq.

According to the warrant, Shihab then exposed his desire to murder Bush, asking the informant — who specialized in immigrant smuggling — for tips on acquiring law enforcement badges to advance his plot.

He said he wanted to conduct reconnaissance on Bush’s homes and offices and access weapons. He reportedly asked the informant if he could smuggle in seven Daesh supporters to help in the plot, and then extract them after carrying out the attack.

The warrant said the assassins would be smuggled over the border with Mexico on visitor visas.

Shihab allegedly traveled with the informant to the city of Dallas in February, recording footage of Bush’s home and his presidential library at Southern Methodist University.

The next month, he looked at purchasing weapons and fake law enforcement uniforms for cover to carry out the plot.