On July 2, the head of the German Network Agency Klaus Muller told Funke that the Germans should prepare and expect a significant increase in gas tariffs because gas supplies to Germany became tense after Russia cut supplies through Nord Stream by 60% and technical problems were not the cause at all.

Moldovagaz has asked the National Energy Regulatory Agency (ANRE) of Moldova for permission to increase domestic gas tariffs by about 61.9%. The Hungarian government has declared a state of emergency in energy. Hungary called earlier the European Union (EU) to stop adding sanctions on Russia over its invasion of Ukraine and instead push for a ceasefire and the start of negotiations. Finland’s YLE television channel said Finland may be faced with electricity outages already this winter due to its refusal to take Russian oil and gas.

Italian Prime Minister Mario Draghi arrived in Algiers to conclude deals to boost Algerian gas supplies to Italy, as Italy wants to replace Russia as the main supplier of gas to Italy, after reaching an agreement between the Algerian company Sonatrach and the Italian company Eni to increase Gas exports, during Draghi's visit to Algeria in April.

European Commission President Ursula von der Leyen tweeted the European Union (EU) intends to double the EU's imports of Azerbaijani gas within a few years. "The EU is turning to more reliable energy suppliers. Today I'm in Azerbaijan to sign a new agreement. Our goal: double the gas delivery from Azerbaijan to the EU in a few years. Azerbaijan will be a crucial partner for our security of supply and on our way to climate neutrality," she tweeted.

On July 20, the European Commission submitted a proposal to reduce gas consumption by 15% in the EU countries from August to March. It said that Russian gas supplies had decreased by 30% this year compared to 2021, and the Commission reiterated Moscow's accusation of energy exploitation and that Russia is trying to blackmail the EU and uses gas as a weapon against Europe and the new goal to reduce gas consumption in Europe will be announced in a meeting on July 26. The EU is preparing for winter without Russian gas and they are working on alternatives, but the proposal has not been accepted by many EU countries. Greek government spokesman Ioannis Economou announced, on July 21, that Athens refuses while Hungary voted, on July 26, against the EU's proposal to reduce gas consumption and called the plan unimplementable.

In Russia, many expectations were formed to fear the Europeans. Russia's Gazprom said, on August 16, that it expects gas prices in the EU will soar by 60% to more than $4,000 per 1,000 m³ this winter.

In late August, Russia cut off gas supplies through Nord Stream 1 to Europe under the pretext of maintenance, which raised the prospects of recession and energy rationing in some EU countries which meant that gas did not flow to Germany between August 31 and until September 3.

After the 10-day maintenance process of the pipeline last July, a new maintenance process was announced just less than two weeks ago. Moscow reduced supplies through Nord Stream 1 to 40% of its capacity in June, and 20% in July saying maintenance problems and sanctions prevent it from getting the required equipment. As well, Russia has cut off supplies to Bulgaria, Denmark, Finland, the Netherlands and Poland altogether and reduced flows through other pipelines.

The Russian measures prompted Josep Borrell, High Representative of the European Union for Foreign Affairs and Security Policy, on September 4, to warn of a difficult winter awaiting Europe and that the upcoming months will be decisive because Europe's dependence on Russian energy constrains its political decisions and that the EU wants to solve this crisis. 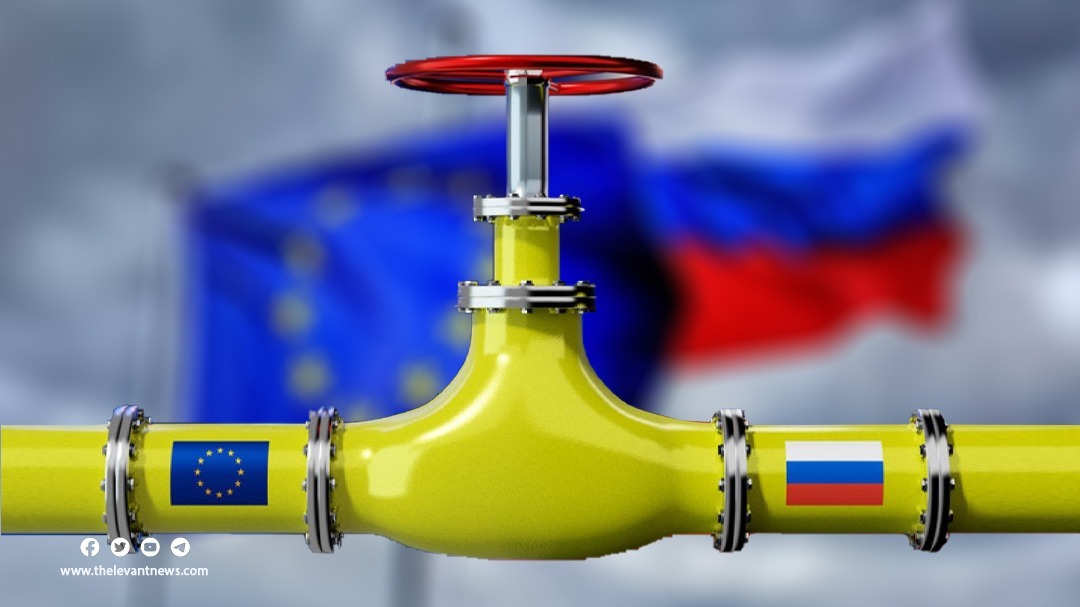 French President Emmanuel Macron said, on September 5, in a press conference with the German Chancellor: "If the European Commission decides to set a ceiling for the price of Russian gas supplied through the gas pipeline, France will support this measure and will support joint gas purchases which will allow Europe to buy blue fuel at a lower price,"

The European Commission said the new energy emergency measures developed by the European Commission, including the possibility of imposing a ceiling on the price of Russian pipeline gas are temporary, while an informed European source stressed that it is unlikely all EU countries will support at the time being the decision to set a ceiling for the Russian gas price. "Opinions are mixed in the EU countries, and I do not think that most member states will support this decision now because everyone should understand the impact of such a measure."

Accordingly, it is clear that Moscow will always use the gas card as pressure, especially since there is a dispute among Europeans over the nature of relations with Russia, and the approach of winter which will often be the first and last winter in which Europe will suffer from a lack of energy as Europeans are searching for alternative energy sources to replace Russian gas.