Zara saleh
Turkey's chronic 'phobia' towards the Kurds, and the historic failure to find a peaceful solution to the Kurdish question have deeply been affected the Turkish political culture and mentality. All the Turkish military have attacked into northern Syria and the occupation of Syrian territories were mainly related to the "strategic" fight against Kurds in north Syria. Furthermore, Erdogan's deal with Russian President Putin and the decision to purchase the S-400s was also related to the Turkish phobia towards the Syrian Kurds. Despite the fact that such a Turkey-Russian deal and coordination had negative consequences on Turkey's relations with the US, Erdogan continues his policies to blackmail NATO and the US over the Russian deal.

Arguably, the strange relations between Moscow and Ankara became a fact in the Syrian ground through the Astana-Sochi agreement including Iran as well. All these countries of Astana's deal are on different sides of the Syrian conflict but they have common temporary interests. In a recent meeting between Putin and Erdogan in Sochi, on September 29, the Russian President had raised his concerns regarding the situation in Idlib which is controlled by Al-Qaeda-backed Hayat Tahrir al-Sham as Turkey has not implemented the agreement to free Idlib province from the terrorist groups. Looking for a new deal that is similar to Afrin-Eastern Al-Ghouta in 2018, the Turkish President of Erdogan has failed to have Putin's green light to launch a new military operation against Syrian Democratic Forces in Tell Refaat and Manbij where both areas are under Russian control and military presence. Erdogan, as a result, returned back from Sochi with empty hands without reaching a trade deal regarding the areas of Tell Refaat and Manbij as Putin aimed to take control over most Syrian territories as a strategic plan to support the Syrian regime.

Russia on the other hand, is attempting to blackmail the Syrian Democratic Forces (SDF) over Erdogan's threats to launch another new military offensive against Kurds in northeast Syria. Such Russian policies are aiming to put more pressure on Kurds to return back to Assad's regime with Moscow's mediation and then to hand over that areas to the Syrian regime such as Tell Refaat and Ain Issa and Kobane. Consequently, if Russia with the Syrian regime has the possibility to reach a deal with Erdogan regarding that allow the regime to take control over the areas of the M4, M5 route, and other areas of Idlib, therefore, Putin might get Turkey a small green light for limited attacks on Kurdish-controlled areas that cannot make a significant change on the ground in Turkey's favour and the Syrian opposition militias groups.

However, Biden's administration is aware of Erdogan's steps and policies that, in fact, work on the opposite side of the US political interests and as a member of NATO. Such military offensive by Turkey in Kurdish-controlled areas that still lead by the American presence, consequently, will “undermine the campaign to defeat the Islamic State" according to the White House and it will affect the peace and stability in northeast Syria. As a result, the blackmail policy cannot be possible in the recent case in northeast Syria especially when the US and Russia might have agreed and coordinated their strategies within the Syrian conflict that definitely will shrink the role of Turkey and Iran as well. 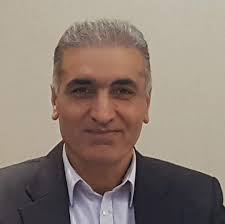