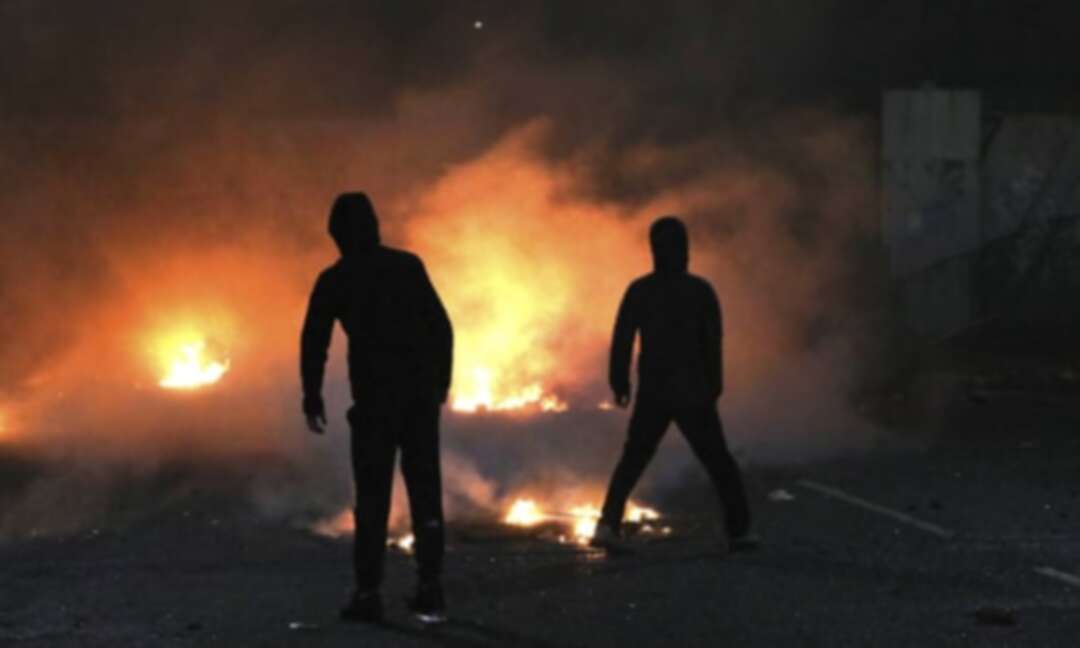 The Irish taoiseach Micheál Martin has said that political leaders must not allow Northern Ireland to “spiral back to that dark place of sectarian murders and political discord” after the region was marred by another night of disorder.

On the anniversary of the Good Friday agreement 23 years ago, the taoiseach said there was “a particular onus on those of us who currently hold the responsibility of political leadership to step forward and play our part and ensure that this cannot happen”.

A number of police officers were injured as they came under attack in the loyalist Tiger’s Bay area in north Belfast on the eighth consecutive night of violence.

A burning car was rammed against a police vehicle, and bins were set alight in the middle of the road, sparking fears that the violence would continue into the weekend.

Deputy first minister Michelle O’Neill said on Friday evening: “I’m worried about the weekend ahead. We all need to be very careful and very consciously try to do all we can to prevent this happening.

“I think there’s a strong role here for the two governments, as co-guarantors of the Good Friday agreement. I made that point to Brandon Lewis this morning.”

O’Neill said: “It’s really, really important that we stand shoulder to shoulder and say no to this type of criminal behaviour, and that we don’t allow our children to be sucked in by criminal gangs who are orchestrating some of what we see on our streets.”

Martin said the island of Ireland had “truly become a completely different place in the last 23 years, because of the Good Friday agreement” after a sustained “period of building trust, developing relationships,

“We owe it to the ‘agreement generation’ and indeed future generations not to spiral back to that dark place of sectarian murders and political discord,” he said.

There were also reports of disorder in the nationalist area of New Lodge in Belfast and in Coleraine.

The appeal came as the Northern Ireland’s children’s commissioner told how children were being coerced into violence in a similar fashion to county lines drug distribution operations in Britain.

Loyalist leaders had urged the community not to participate in protests on Friday after the death of the Duke of Edinburgh.

Signs posted in Lanark Way in west Belfast, the scene of the violence, on Wednesday read: “We would ask all PUL

“The continued opposition to the NI protocol and all other injustices against the PUL community will take place again after the period of mourning.”

Two men are due to appear in court on Saturday after being charged in connection with the rioting that took place in Lanark Way on Thursday night.

The 32-year-old was also charged with possession of a petrol bomb in suspicious circumstances.