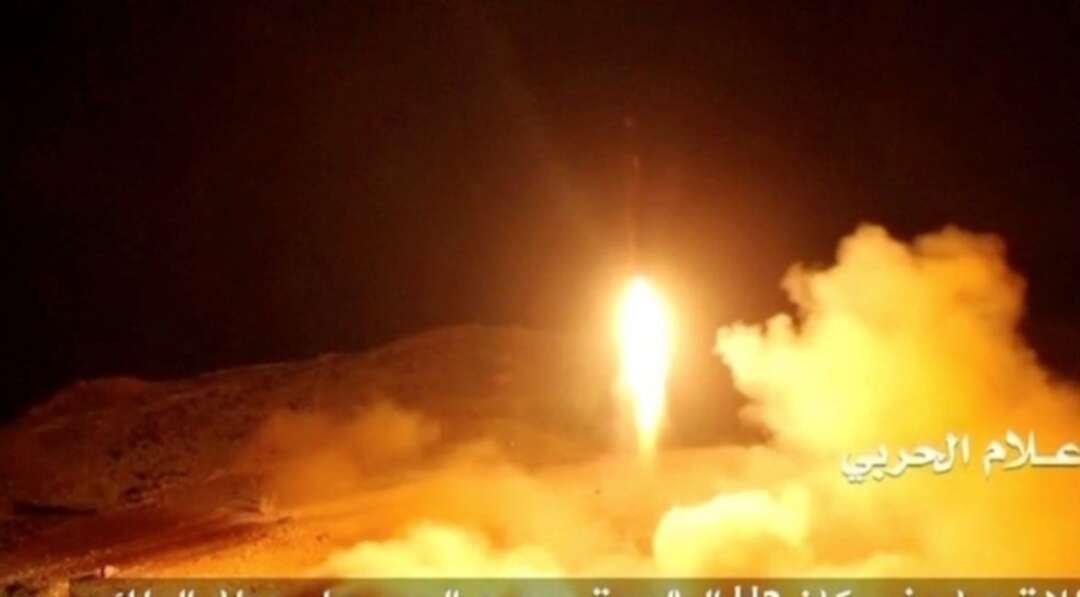 A still image taken from a video distributed by Yemen's pro-Houthi Al Masirah television station on November 5, 2017, shows what it says was the launch by Houthi forces of a ballistic missile aimed at Riyadh's King Khaled Airport. (File photo: Reuters)

The Arab Coalition said it has destroyed a ballistic missile fired by the Iran-backed Houthi militia launched toward Saudi Arabia’s southern city of Jazan.

The attack on Jazan is the second in as many hours after the Arab Coalition destroyed a drone launched by the Houthis towards Saudi Arabia’s Khamis Mushait.

Over 24 hours ago earlier, the Arab Coalition said it destroyed an explosive drone launched by the Iran-backed Houthi militia towards Saudi Arabia’s Jazan.

The Iran-backed group has launched dozens of aerial attacks on Saudi Arabia in recent months, targeting civilian areas and energy facilities in the Kingdom with explosive-laden drones and ballistic missiles.