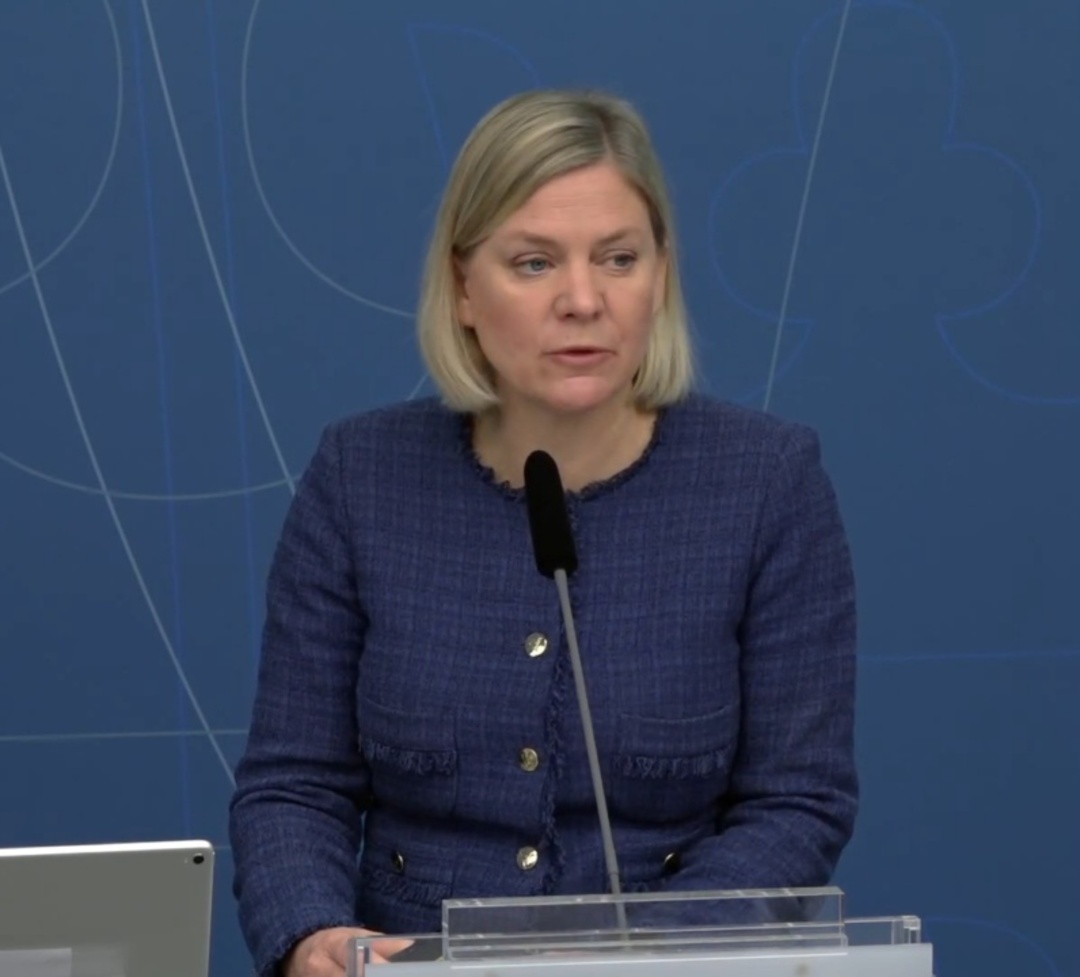 The Arab News reported according to Reuters that spokesperson of Sweden Prime Minister said on Friday, Prime Minister Magdalena Andersson tested positive for COVID-19, the latest of several high-profile Swedes to catch the virus as a fourth wave of omicron-driven infections sweeps across the country.

Social Democrat Andersson, 54, attended a debate in parliament on Wednesday, after which two other party leaders — Annie Loof of the Center Party and Per Bolund of the Greens — also tested positive.

Sweden’s king, queen and crown princess were all hit with coronavirus infections in early January.

Her spokesperson said.: Andersson “is following the current recommendations and will perform her duties from home. The PM is feeling well, given the situation."

That has raised pressure on the health service, forced the government to reintroduce curbs and overwhelmed the testing system in many regions.

The proportion of positive tests has sky-rocketed to 32 percent of all tests this week after having been under 10 percent for almost all of the pandemic, the health agency said on Thursday.

The agency expects daily cases to peak later this month at almost 70,000.

Around 1,200 patients with COVID are currently being treated in hospitals, with around 100 in intensive care.