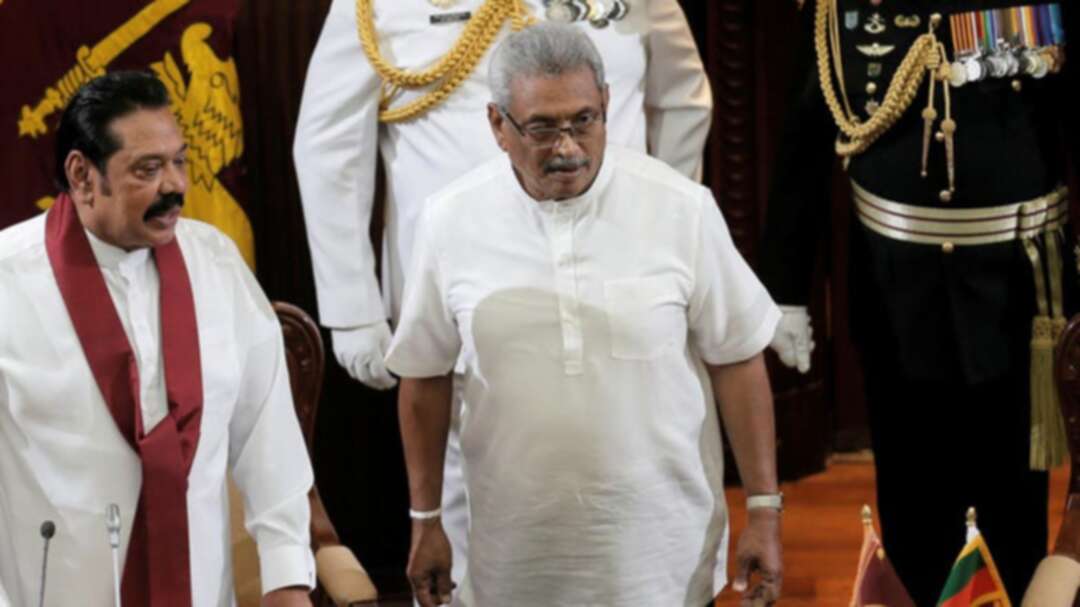 Gotabaya Rajapaksa President of Sri Lanka being sworn in on November 21, 2019. (Photo Reuters)

Sri Lanka’s new president suspended parliament for a month from Tuesday ahead of snap elections he wants to call in March to consolidate his sweeping victory.

Gotabaya Rajapaksa, elected president last month in a landslide, issued a proclamation overnight proroguing the legislature and said a new session will begin from January 3.

Rajapaksa, 70, is hoping to ride a wave of popularity by calling an election six months before the current parliament’s five-year term expires in August.

He has already ordered major tax cuts in a bid to boost an economy still struggling after deadly Easter Sunday suicide bombings that crippled the country’s booming tourism sector.

A 15-percent value-added tax was cut to eight percent, while another two-percent goods and services tax was abolished from this month.

The construction industry -- which has slumped hard this year -- also saw its corporate tax burden cut from 28 to 14 percent.

The official announcement of calling a fresh session of the legislature will give the minority government of Rajapaksa more control over parliamentary oversight committees.

Rajapaksa is the younger brother of Mahinda Rajapaksa, president from 2005-15 when Gotabaya effectively ran the security forces.

Together they spearheaded the end of Sri Lanka’s civil war with Tamil separatists in 2009 when an estimated 40,000 Tamil civilians were allegedly killed by the military.