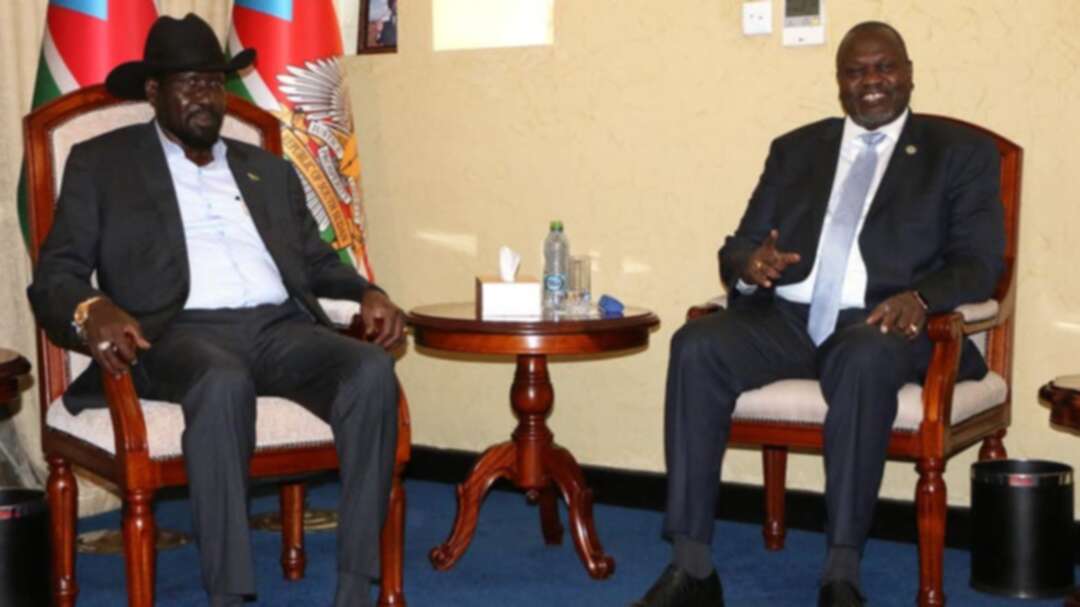 “We have agreed to form the government in two days on 22nd February. We are still discussing on other things and I am hopeful we will resolve them all,” Machar said after a meeting between the two men.

Kiir confirmed that they had agreed to join together for the third time in government – an experiment which has twice previously ended in disaster.

It was a dispute between the two men which pushed the young nation into war in December 2013, only two years after a hard-fought independence.

“These are changes which will bring peace.”

The formation of a unity government was a linchpin of a September 2018 peace deal.

But it has been delayed twice by failure to move forward on crucial issues such as forming a unified army, carving out state borders and creating a protection force to assure Machar’s security.

Kiir said his forces would be in charge of security in Juba as well as Machar’s protection.

“I have taken responsibility of protection, as the unified forces are still under training,” he said.

He urged some 190,000 people living under United Nations protection in tent cities in the capital and across the nation – many of whom have lived there for several years, “to come out, because the dawn of peace has come.”

PepsiCo Ups Investments in Saudi Arabia to $1.6 Billion Taj Mahal City Gets Makeover Ahead of Trump's Feb 24 Visit to India