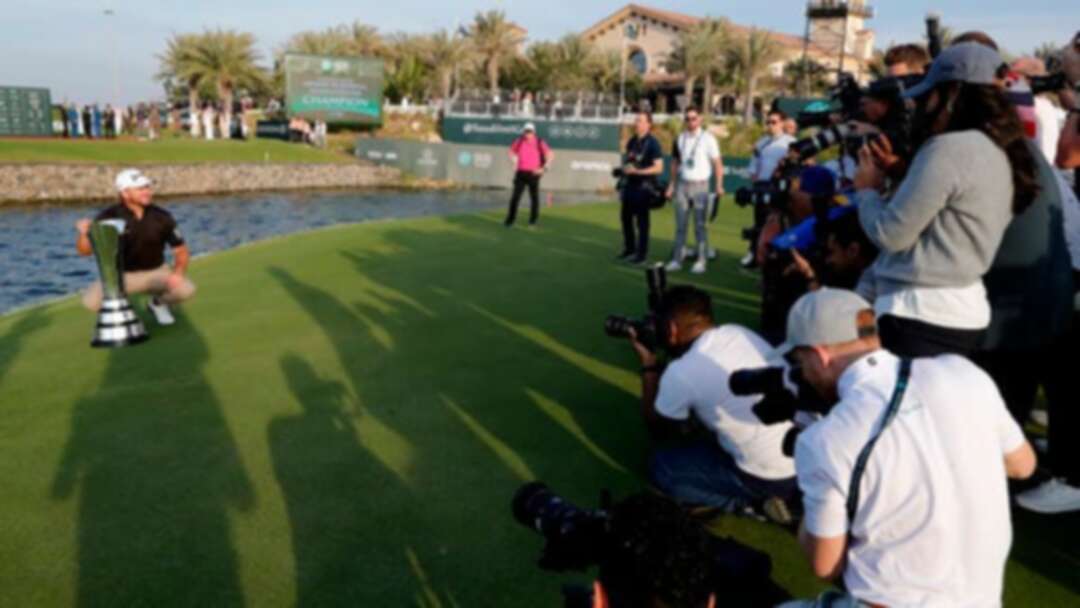 Cameramen film Graeme McDowell from Northern Ireland as he celebrates the trophy after he wins the final round of the Saudi International at Royal Greens Golf and Country Club on Feb. 2, 2020. (File photo: AP)

Teeing off tomorrow, the Saudi International golf tournament will be broadcast across 60 countries.

Viewers can watch 12 Major-winning champions, and a field boasting over 350 European Tour and PGA Tour tournament winners, all competing for $3.5m prize money that is one of the largest on the European Tour.

Due to COVID-19 restrictions no spectators are present on the course at the European Tour event in KAEC, but fans will have several ways to witness the event through in addition to TV coverage a range of behind-the-scenes content from the tournament’s digital channels. 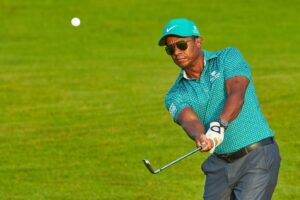 Majed al-Sorour, the CEO of both Golf Saudi and the Saudi Golf Federation, told Al Arabiya English that he hopes the size of the global audience tuning in matches earlier years.

“Last year, I think we reached close to 100 million audience at one point, which is really amazing,” he said.

The timing makes it a little bit more difficult for fans in the United States, he explained but the organizers recognize that replaying matches has served a purpose.

“On the replay, we find out that there’s so much more audience in the West, especially in the United States, and UK,” he said.

Although the focus was targeting the American audience, the countries to the east could watch live, and Asian viewer numbers are growing, he noted.

Al-Sorour said that in the 2019 tournament television viewing, numbers grew when Li Haotong made four eagles.