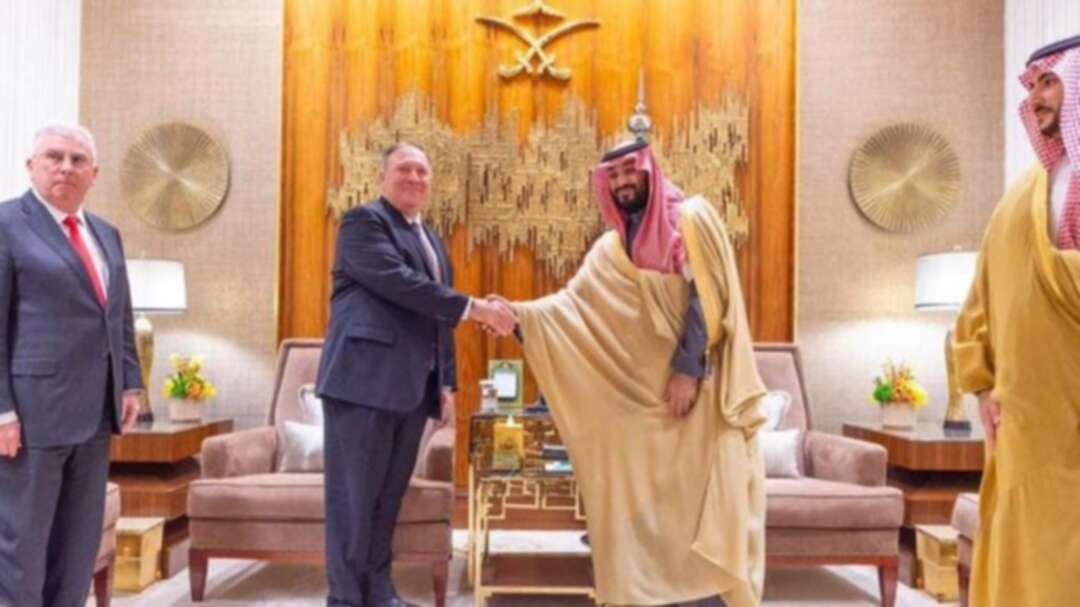 During the meeting, they reviewed aspects of bilateral relations and regional developments. (SPA)

“During the meeting, they reviewed aspects of bilateral relations, the various areas of cooperation between the two friendly countries and opportunities for enhancing them, in addition to discussing developments of regional and international situations, and issues of common concern,” state news agency SPA reported.

According to the statement, the meeting was also attended by the Saudi Arabian Vice Minister of Defense Prince Khalid bin Salman and the US Ambassador to Saudi Arabia John Abizaid.

Earlier in the day, Saudi Arabia's King Salman bin Abdulaziz met with Pompeo as part of his three-day trip to the Kingdom.