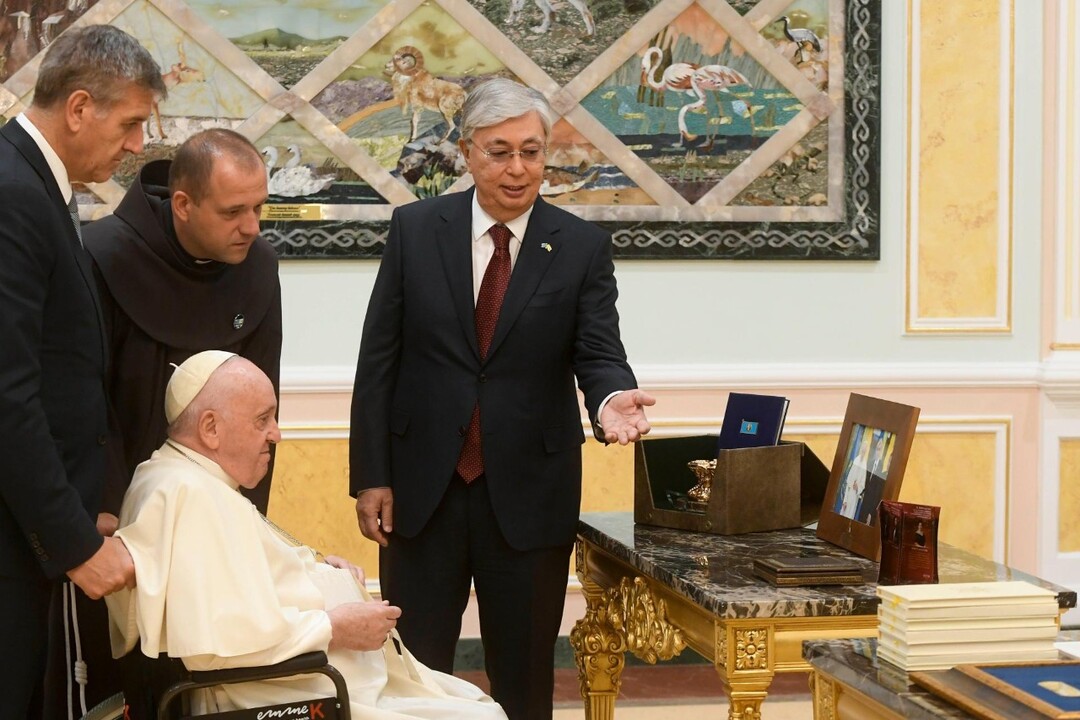 Pope Francis exchanged gifts with President Tokayev, giving the president of #Kazakhstan a plaque with an image of the Virgin Mary linked to the Oziornoje Shrine in northern Kazakhstan - Vatican News official Twitter account

The Vatican said Wednesday (Sep 28) that Pope Francis said on a recent trip to Kazakhstan that it is a mistake to call the conflict in Ukraine the Russia-Ukraine war, since in reality, it is a world war, the Anadolu Agency reported.

According to news outlets close to the Vatican, the Pope met with some Jesuit priests during his visit to Kazakhstan in mid-September.

It is reported that during the visit, the spiritual leader of Catholics and president of the Vatican made a statement to the Jesuit publication La Civilta Cattolica, and during the meeting, he spoke about the ongoing Russia-Ukraine war.

The Pope also noted that a visit to Ukraine, which he had previously announced would be possible, is not on the agenda at this stage.

Pope Francis also said that while he was in Kazakhstan, some Ukrainian guests came to him. One of them was the military officer responsible for the prisoner swap between Russia and Ukraine announced by Ukrainian President Volodymyr Zelenskyy, and he asked if something could be done by giving a list of 300 prisoners. Thereupon, the Pope said that he himself conveyed this matter directly to the Russian ambassador.

Speaking to reporters aboard a plane returning from a three-day trip to Kazakhstan, Pope Francis on Thursday (Sep 15) said it was morally legitimate for nations to supply weapons to Ukraine to help the country defend itself from Russian aggression.

He also urged Kyiv to be open to eventual dialogue, even though it may "smell" because it would be difficult for the Ukrainian side.