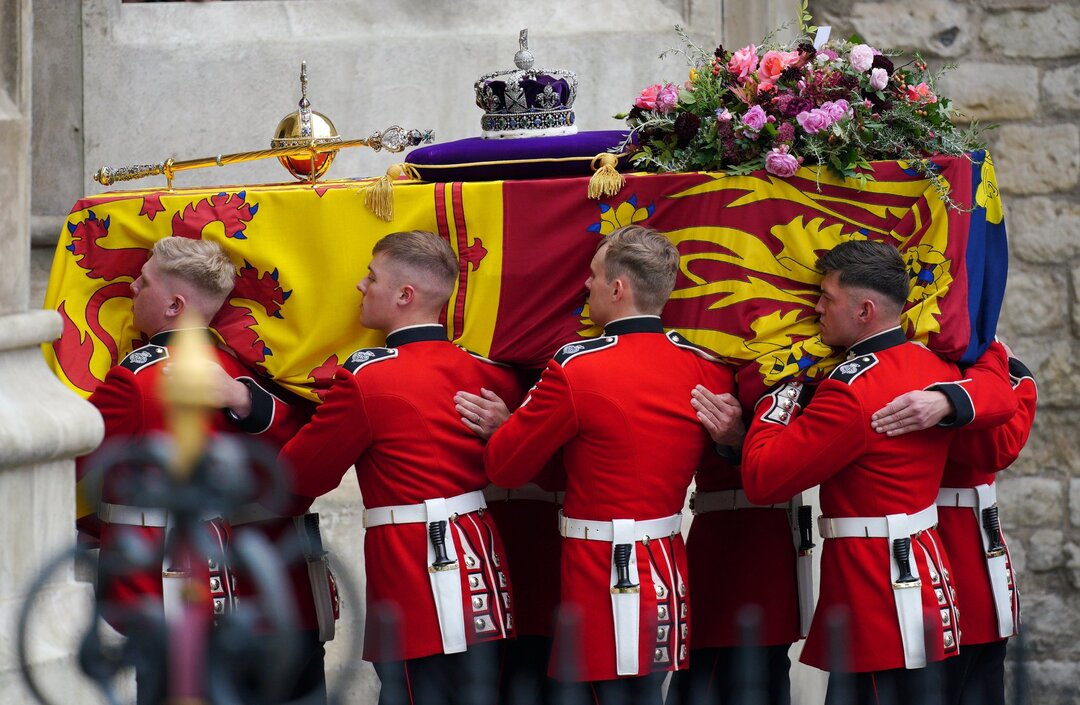 At The King's request, the wreath contains foliage of Rosemary, English Oak and Myrtle (cut from a plant grown from Myrtle in The Queen's wedding bouquet) and flowers, in shades of gold, pink and deep burgundy, with touches of white, cut from the gardens of Royal Residences - The Royal Family official Twitter account

Royal mourning in memory of the late Queen will end for the monarchy and their households on Tuesday (Sep 27), the DPA reported, the Anews said.

Since the death of the Queen on September 8, the royal family has only carried out official duties where appropriate, and its members have dressed in black as a mark of respect when in public.

From Tuesday they will be able to carry out their normal official roles in full after observing the seven-day period of mourning.

King Charles III carried out one official engagement during royal mourning, holding a telephone audience with the Chancellor Kwasi Kwarteng on Thursday evening, the eve of his tax-cutting mini budget.

The Prince and Princess of Wales praised volunteers and operational staff they met at Windsor that day, for their efforts at events surrounding the Queen's committal service.

The King travelled to Scotland soon after the Queen's funeral last Monday and could remain at his home of Birkhall into early October, following the tradition set by the late monarch.

The Queen would normally spend around 10 weeks at her Scottish home during summer, returning to London around the time the autumn session of Parliament began.

Planning is likely to be under way for Charles' coronation and Lavender Hill Magistrates' Court in south London heard the suggestion a date has been set for the national event expected next year.

The Duke of Norfolk, 65, who organised the Queen's funeral and will stage the crowning of the King, was banned from driving for six months after pleading guilty to using his mobile phone behind the wheel, despite claiming he needed his licence to arrange the upcoming coronation.

He gave evidence for more than 30 minutes in secret after magistrates ruled the media and public should be excluded from court for reasons of "national security" as they heard his argument that losing his licence would cause "exceptional hardship:"

It followed an application from his lawyer Natasha Dardashti, who said details of the coronation, which had not yet been discussed with the King, Prime Minister Liz Truss or Archbishop of Canterbury Justin Welby, should remain private until after the event.

"Very few people have been made aware of the date, the more sensitive the material the fewer people are yet to be involved in that," she said.

It is likely the coronation is being planned for a date during spring next year when good weather is more likely, something that would be welcomed by the large crowds expected to flock to London for the event.

The Queen waited over a year for her coronation ceremony which was staged on June 2; 1953, after her father King George VI died on February 6, 1952.