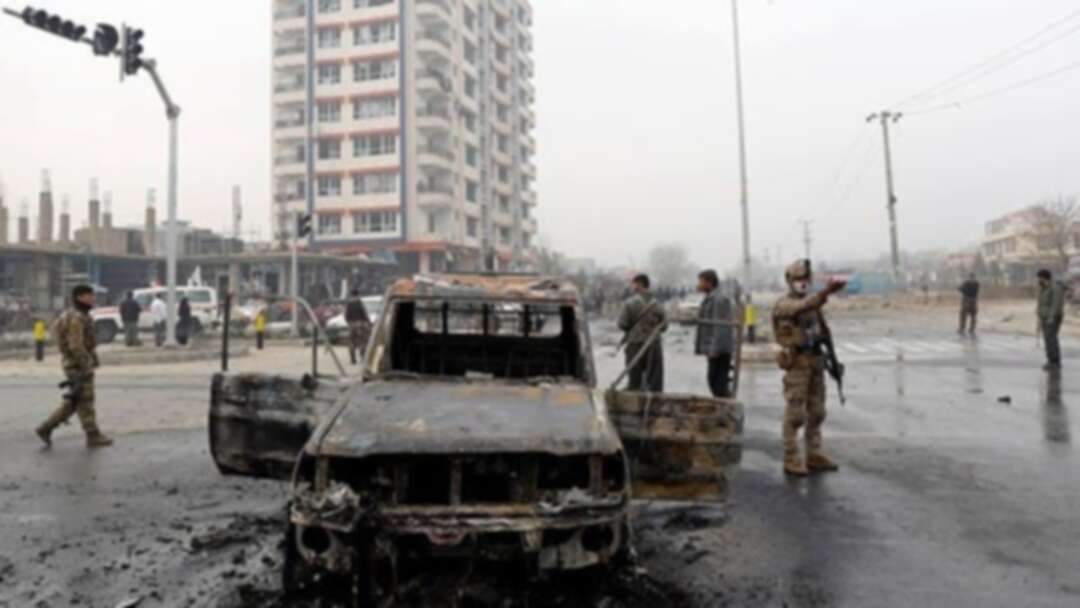 Afghan security forces inspect at the site of a blast in Kabul, Afghanistan, on Dec. 20, 2020. (File photo: Reuters)

A roadside bomb targeting a police vehicle in the Afghan capital killed two policemen Saturday, officials said, as violence continues unabated in Afghanistan despite peace talks between the Taliban and government.

The vehicle carrying the policemen was struck by the bomb in the centre of the capital on the road to the prestigious Kabul University, police spokesman Ferdaws Faramarz said.

Two policemen were killed and one wounded, Faramarz said.

Violence has surged across the country in recent months, especially in Kabul which is also rocked by a new trend of targeted killings that has sown fear in the city.

The bloodshed comes even as the Taliban and government negotiators engage in peace talks to end the nearly two decade war in the country.

The two warring sides are currently in the Qatari capital Doha discussing the agenda items of the talks.