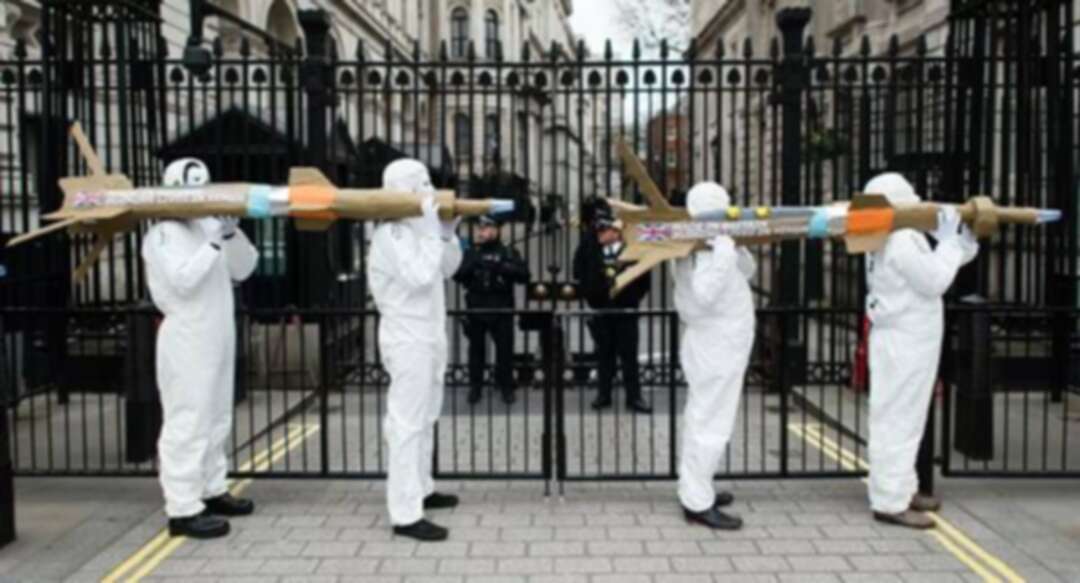 Sputnik reported that a new report has once again demonstrated double standards on part of the British government when it comes to trade with foreign countries. human rights

According to an analysis conducted by the London-based Campaign Against Arms Trade (CAAT), between 2011-2020 the UK sold over $20 billion of arms and military equipment to third countries it has itself criticized over allegations of human rights violations, while they have also been subjected to arms embargoes and other forms of restrictions.

These countries include Egypt, Libya and Saudi Arabia, featured in the 30 Human Rights Priority Countries list, published by the UK's Foreign and Commonwealth Office in November 2020, which makes them eligible for the UK's Global Human Rights ('Magnitsky') sanctions regime. These measures are claimed by the Brits to be necesssary for holding "abusers" accountable for their actions and to encourage foreign governments to "meet their international human rights obligations".

Apparently, when it comes to billions in trade and geopolitical interests, the UK government permits itself to ignore its own claims. As such, 21 out of these 30 alleged abusers have received weapons and military hardware from the UK, while 58 out of 73 countries subject to restrictions by the Department for International Trade (DIT) have received military equipment from London.

Weapons sold by the United Kingdom have not simply sat idle, being actively used in such conflict regions as Yemen, where the Saudi-led coalition has been fighting Houthi rebels since 2015: more than half of the military aircraft licensed to the Saudis has in fact been used in Yemen.

"Right now, UK-made weapons are playing a devastating role in Yemen and around the world. The arms sales that are being pushed today could be used in atrocities and abuses for years to come", Andrew Smith of the CAAT told the Guardian, echoing rising calls from British activists to end arms trade with the Saudi Kingdom.

Simultaneously, this spring, British Prime Minister Boris Johnson came under fire when the opposition pressured him to explain why the government decided to cut its humanitarian aid to Yemen while continuing to sell arms to Saudi Arabia. And in June, ex-Labor leader Jeremy Corbin called in the UK government to cease arms trade with Israel, saying that British weapons are "killing children abroad".

Back in January, Murray Jones of Action on Armed Violence said that the UK's arms sales demonstrate what he called "a systemic failure to consider the human rights record of states before exporting weapons to them".

Boris Johnson has argued that the UK has been "scrupulously" following the consolidated international guidance on arms sales. human rights

An outbreak linked to the highly contagious Delta variant spread in Australia No surprise that Ebrahim Raisi was elected as Iran’s new president. But what will happen with the nuclear deal?