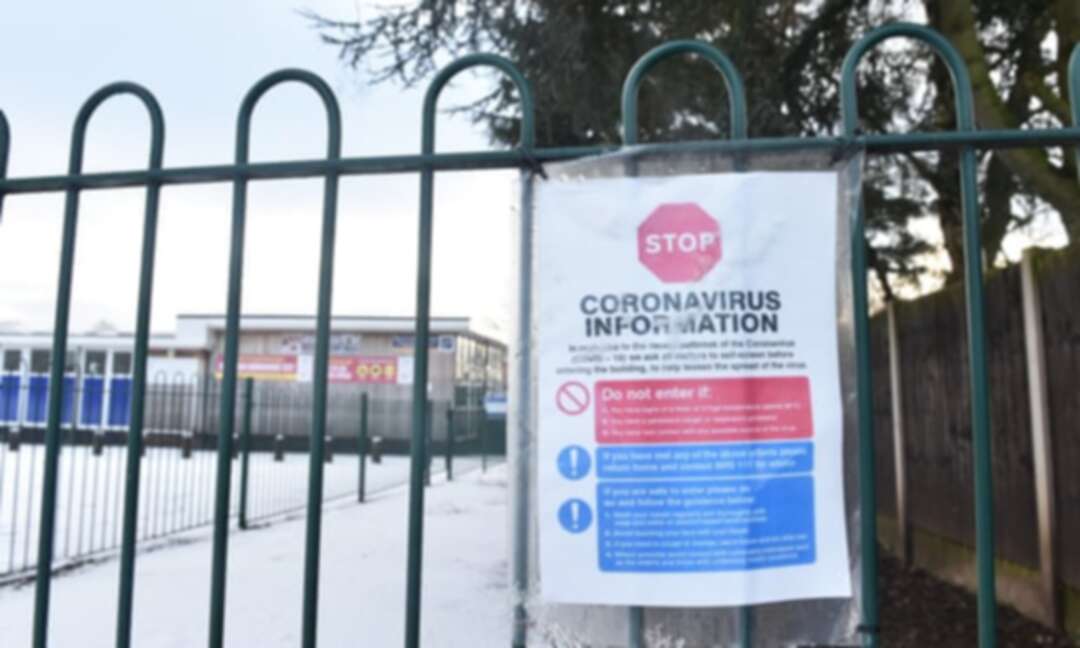 A coronavirus sign displayed outside a primary school in Newcastle-under-Lyme, Staffordshire.

Exclusive: Boris Johnson’s plan to test millions of pupils a week in disarray after concerns raised

Boris Johnson’s plans to test millions of schoolchildren for coronavirus every week appear to be in disarray after the UK regulator refused to formally approve the daily testing of pupils in England, the Guardian has learned.

The Medicines and Healthcare products Regulatory Agency (MHRA) told the government on Tuesday it had not authorised the daily use of 30-minute tests due to concerns that they give people false reassurance if they test negative.

This could lead to pupils staying in school and potentially spreading the virus when they should be self-isolating.

The regulator’s decision undermines a key element of the government’s strategy to bring the pandemic under control – and is bound to raise fresh questions about the tests, and the safety of the schools that have been asked to use them.

Ministers have repeatedly said the use of daily Covid-19 tests is critical to keeping children in education because it means those who test negative can remain in classrooms, instead of whole year-groups having to self-isolate.

Gavin Williamson, the education secretary, described the government’s £78m testing plan as a “major milestone” and said it would mean testing “literally millions of children every single week”.

The initiative is at the centre of the prime minister’s £100bn “Operation Moonshot” mass-testing plan and is already under way in some secondary schools.

It was due to expand to primary schools and was then expected to widen to universities and workplaces by the end of January but that now looks highly unlikely.

The government has spent at least £1.5bn on the “lateral flow” devices and they have been used by universities, care homes and hospitals. Ministers announced this week that they would be distributed to all 317 local authorities in England.

However, experts have repeatedly raised concerns about the accuracy of the devices made by Innova.

The tests are specifically designed for use on people with Covid-19 symptoms and are most effective at identifying those with high viral loads, who are the most infectious. They are supposed to be administered only by trained professionals.

The government is mainly using the tests on people without symptoms and they are carried out by school staff, meaning their accuracy drops. Official figures from a trial in Liverpool found they missed 30% of people with a high viral load and half of the positive cases detected using a standard nasal swab.

The quick turnaround time means the tests can find positive cases that would not otherwise have come to light. However, many experts are concerned that people who test negative will presume they are safe to get involved in activities with others, or visit vulnerable and elderly people, with some saying this week that they may cause serious harm.

The MHRA is understood to have expressed similar concerns to officials in Matt Hancock’s Department of Health and Social Care (DHSC) on Tuesday, a week after the rollout began in secondary schools.

Sources said the regulator made clear that it had not given the green light to the daily use of these tests on pupils who would otherwise have to self-isolate.

Prof Jon Deeks, a biostatistician of the University of Birmingham and Royal Statistical Society, described the use of rapid tests in this context as “ridiculous and dangerous” and welcomed the MHRA’s stance.

He said: “It is really important that we have confidence in the safety and effectiveness of tests for Covid-19 and all other diseases - this is the responsibility of our regulator.

“This clarification of the unsuitability of lateral flow tests for saying people are not infected with SARS-CoV-2 from the MHRA demonstrates that they are taking their responsibility seriously to ensure that tests are used in a safe way.

“The government needs to take greater care in ensuring they evaluate the potential harms as well as the benefit of all their mass testing proposals.”

The decision is a another setback for the prime minister’s mass-testing plan and raises questions about the proposed full return of schools after the February half-term, which is partly dependent on the availability of serial testing.

The government could apply for an exceptional use authorisation from the MHRA but this would take time and it is far from clear that it would be approved.

Any further distribution of the daily tests may also be on the condition that people are warned more explicitly about the risks, instead of a negative result being presented as a “green light” that they are Covid-free.

Williamson stressed the importance of repeat testing when he appeared before MPs on the Commons education select committee on Wednesday. He also said parents of primary school children would be expected to carry out the tests on their child at home – a suggestion likely to raise alarm bells at the MHRA, which has not approved self-administered tests in this way.

“If we’re testing a child, in essence we’re in a position where we’re also testing a household as well. We’re extending staff testing as of next week to primary schools and I would like to see it rolled out to all pupils, that’s my ambition – that’s where I want us to get to.”

A spokesperson for the DHSC said: “Lateral flow devices are a vital tool to finding more asymptomatic cases and the government’s approach to testing in schools will reduce transmission.

“We are testing teachers and students weekly on site to find positive cases and break the chains of transmission. In addition, as part of an ongoing evaluation, we are doing daily contact testing in schools using an assisted testing model.

“The evidence and lessons from these and other evaluations will be used to inform our review of the effect of daily contact testing on breaking chains of transmission and any future plans.”