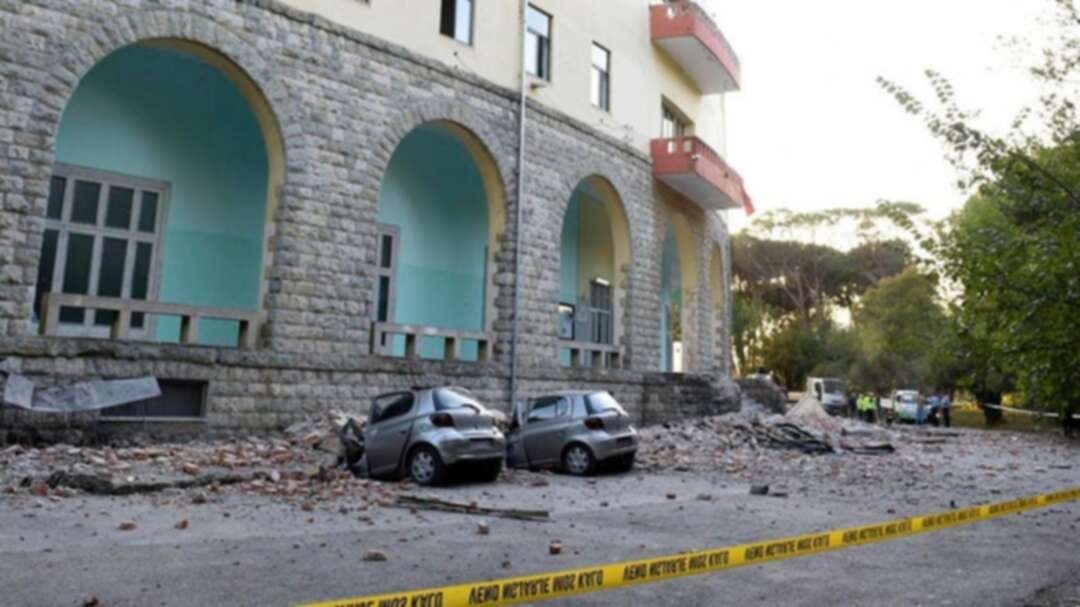 Damaged cars outside the Faculty of Geology building after an earthquake in Tirana, on September 21, 2019. (AP)

An earthquake with a preliminary magnitude of 5.8 struck the west of Albania on Saturday but caused only minor injuries, the country’s government said.

Citing the country’s Institute of GeoSciences, Energy, Water and Environment, Albania’s defense ministry said the quake struck 13 kilometers (8 miles) north of the port city of Durres, at Kepi i Rodonit, at 2:04 p.m. local time (1204 GMT). It said it was mainly felt along Albania’s west coast.

An aftershock with a preliminary magnitude of 5.3 sent also residents running out of homes and apartments.

Witnesses in Durres and the capital of Tirana reported damaged homes and apartments and power being temporarily cut.

Health Minister Ogerta Manastirliu said early reports indicated at least 68 people were injured, none seriously. All were treated at hospitals in Durres as well as in the capital Tirana.

Prime Minister Edi Rama canceled a trip to the United Nations annual meeting and returned to Albania to evaluate the damage.

Located along the Adriatic and Ionian Seas, Albania is earthquake-prone and registers seismic activity every few days.