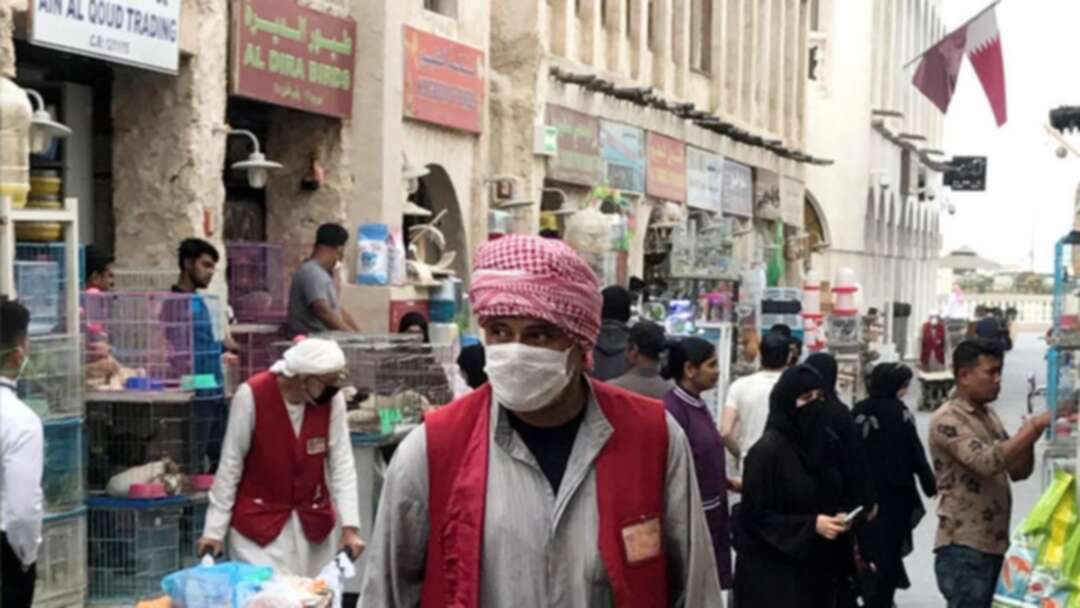 A man wears a protective face mask, following the outbreak of coronavirus, as he pushes a cart in Souq Waqif in Doha, Qatar, March 12, 2020. (Reuters)

Qatar announced it was closing mosques and suspending communal religious prayers, including Friday prayers, due to the outbreak of coronavirus.

The announcement was made on Tuesday, following similar decisions by other neighboring countries including the UAE.

The country previously reported it had detected 38 new cases of the coronavirus in the country on Monday, including in three Qatari nationals who recently returned from abroad, raising the total number of cases in the country to 439, according to Qatar News Agency. levant