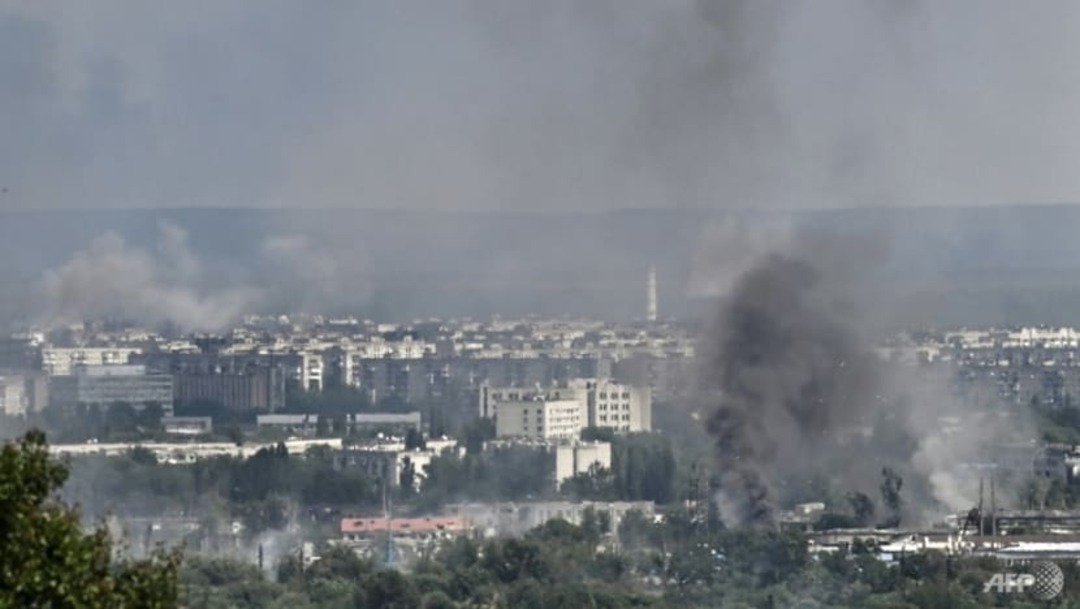 Smoke and dirt rise from the city of Sievierodonetsk in the eastern Ukrainian region of Donbas on Jun 17, 2022, as the Russian-Ukrainian war enters its 114th day. (File photo: AFP/Aris Messinis)

The British ministry of defence said on Tuesday (Sep 27), Russian President Vladimir Putin is likely to announce the accession of occupied regions of Ukraine to the Russian federation during his address to parliament on September 30.

The defence ministry said in its daily briefing on Twitter that the referendums currently underway within these territories are scheduled to conclude on September 27.

It said that “Russia‘s leaders almost certainly hope that any accession announcement will be seen as a vindication of the special military operation and will consolidate patriotic support for the conflict.”

Russia does not fully control any of the four regions, where military hostilities are ongoing, and much of the population has fled since the war started in February.

Parts of Donetsk and Luhansk regions have been controlled by Russian proxies since 2014.

President Vladimir Putin has indicated the Kremlin will use the referendums to recognise the territory as Russian, and even threatened this week that Russia would defend the new acquisitions using all available options, including nuclear weapons.

“Encroachment on to Russian territory is a crime which allows you to use all the forces of self-defence,” Dmitry Medvedev, formerly Russian president and now deputy chair of the security council, said in a post on Telegram on Thursday.

“This is why these referendums are so feared in Kyiv and the west,” he added.