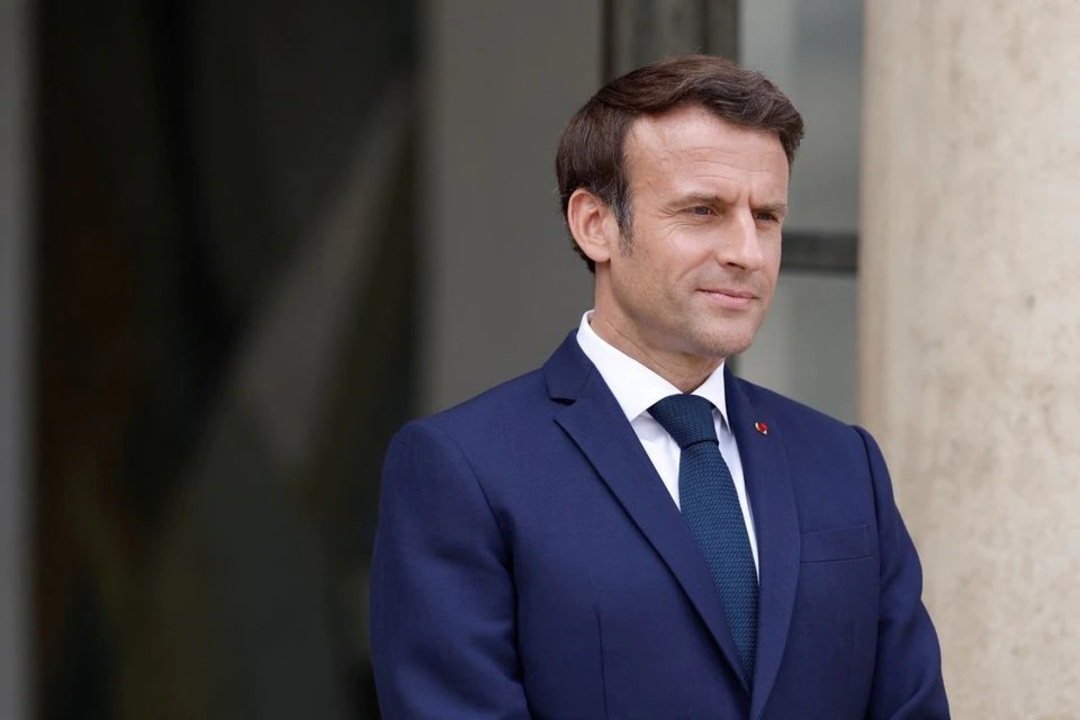 French President Emmanuel Macron was set to meet President Joe Biden on Wednesday (Nov 30), at the start of a state visit highlighting the countries' strategic ties but also fears of a transatlantic trade war.

Macron and his wife Brigitte arrived late Tuesday for a two-day stay in Washington, before finishing up Friday with a trip to the once-French city of New Orleans in Louisiana.

Largely due to Covid disruptions, this is the first formal state visit to the White House during the Biden presidency. US officials said the choice of France for the honor reflects their historic links and also the crucial role played by Paris, within the European Union, in the alliance confronting Russia over Ukraine.

All the stops are being pulled out for Macron, starting Wednesday with him visiting Arlington National Cemetery, then discussing space cooperation with Vice President Kamala Harris at NASA headquarters in Washington. The first day will round off with a private dinner for Biden, Macron and their wives.

The core of the visit will be Thursday, including a White House military honor guard, Oval Office talks, a joint press conference and a banquet where Grammy-award-winning American musician Jon Batiste will perform.

Compared to Macron's edgy experience as the guest of Donald Trump in 2018, this trip will be a carefully choreographed display of transatlantic friendship.

The diplomatic furor that erupted last year when Australia canceled a deal for French submarines and instead signed up for US nuclear submarines is now buried.

But tensions are rising over trade as Europeans nervously watch the rollout of Biden's signature green industry policy -- the Inflation Reduction Act, or IRA.

Macron calls for China, France to unite against Ukraine war

This is set to pump billions of dollars into climate-friendly technologies, with strong backing for American-made products. A similar effort is being put into microchip manufacturing.

Europeans fear an unfair US advantage in the sectors just as they are reeling from the economic consequences of the Ukraine war and Western attempts to end reliance on Russian energy supplies.

Talk in Europe is now increasingly on whether the bloc should respond with its own subsidies and championing of homegrown products, effectively starting a trade war.

Another gripe in Europe is the high cost of US liquid natural gas exports -- which have surged to try and replace canceled Russian deliveries.

Kirby went out of his way to praise Macron, referring to his "experience and wisdom."

The breadth of Macron's entourage -- including the foreign, defense and finance ministers, as well as business leaders and astronauts -- illustrates the importance Paris has put on the visit.

At the White House, however, a senior official said the main goal is to nurture the "personal relationship, the alliance relationship" with France -- and between Biden and Macron.

That more modest-sounding goal will include improving coordination on helping Ukraine to repel Russia and the even more vexing question of how to manage the rise of the Chinese superpower.

"We are not allies on the same page," one adviser to Macron told AFP, forecasting "challenging" talks with Biden.

Despite his strong support for Kyiv, Macron's insistence on continuing to maintain dialogue with Russian President Vladimir Putin has irked American diplomats.

The China question -- with Washington pursuing a more hawkish tone and EU powers trying to find a middle ground -- is unlikely to see much progress.

"Europe has since 2018 its own, unique strategy for relations with China," tweeted French embassy spokesman Pascal Confavreux in Washington.

A senior US official said even if their approaches to China were "not identical," they should be at least "speaking from a common script."