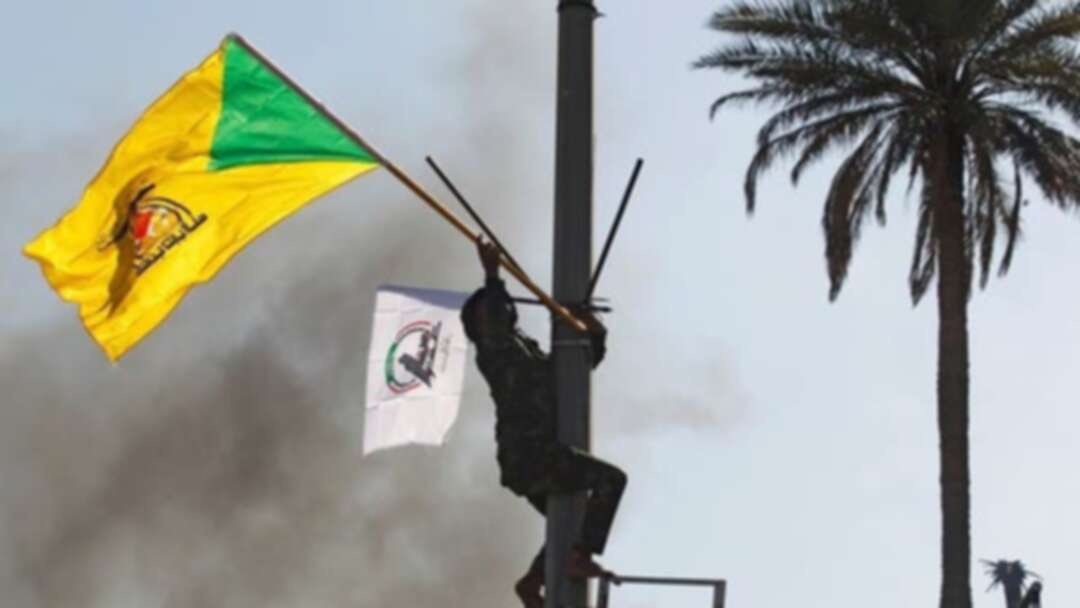 A member of the PMU militias holds a flag of Kataib Hezbollah militia group during a protest to condemn air strikes on their bases, in Baghdad. (Reuters)

The US Department of Defense has ordered its military commanders in Iraq to prepare for potential operations to destroy the pro-Iranian Kataib Hezbollah militia group, according to sources who spoke to the New York Times. Kataib Hezbollah in Iraq

According to the report, several unnamed officials said top US commander in Iraq Lt. Gen. Robert P. White wrote a memo in which he advised the Pentagon against such plans, saying that it would divert resources from fighting ISIS and risk jeopardizing current deals with the Iraqi government that allow US troops to operate in the country.

The report about the supposed Pentagon orders comes more than a week after the US-led coalition said it would redeploy hundreds of troops in Iraq to new bases in the country or to bases in different countries, according to coalition and US officials, with one calling it a “historic” move. 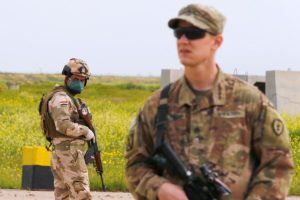 An Iraqi soldier wears a protective face mask and gloves, following the outbreak of coronavirus disease (COVID-19), as he stands guard during the hand over of Qayyarah Airfield West from US-led coalition forces to Iraqi Security Forces, in the south of Mosul, Iraq March 26, 2020. (Reuters)

Kataib Hezbollah is a hardline pro-Iran faction within the Iraqi Popular Mobilization Units (PMU) militias. In January, the Iraqi parliament voted to oust all foreign forces from the country after a US drone strike in Baghdad killed top Iranian general Qassem Soleimani and the PMU militia’s deputy chief, Abu Mahdi al-Muhandis.

Since then, there has been an escalation in tensions between the US and pro-Iranian militias in the region, especially in Iraq. Kataib Hezbollah in Iraq

Earlier this month, at least 18 Katyusha rockets were fired at a military camp Taji in Iraq, killing one 26-year-old British soldier and two American personnel. The Pentagon blamed Kataib Hezbollah for the attack. levant