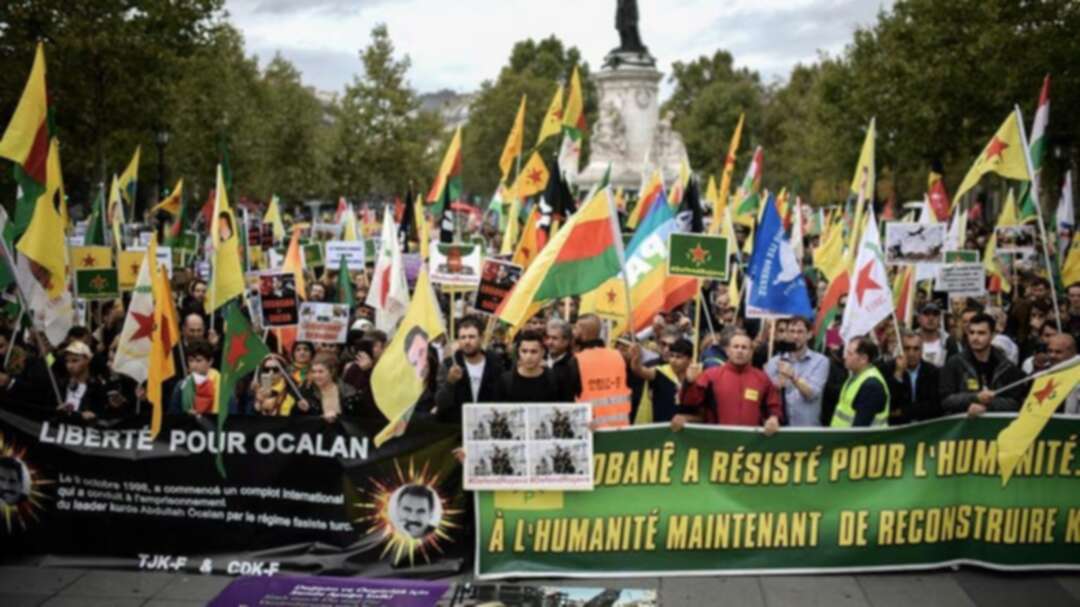 Protesters warned that the offensive could allow ISIS extremists to resurge. (AFP)

Thousands of people have demonstrated in Paris in support of Kurds being targeted by Turkish forces in Syria.

Protesters warned that the offensive could allow ISIS extremists to resurge. Kurdish forces being targeted by Turkey this week were crucial to the international campaign against ISIS fighters, who orchestrated several deadly attacks against France.

They also criticized US President Donald Trump for his decision to withdraw US forces from Syria, which helped pave the way for the Turkish offensive.

French President Emmanuel Macron urged an end to the fighting, as international criticism of the offensive mounted.