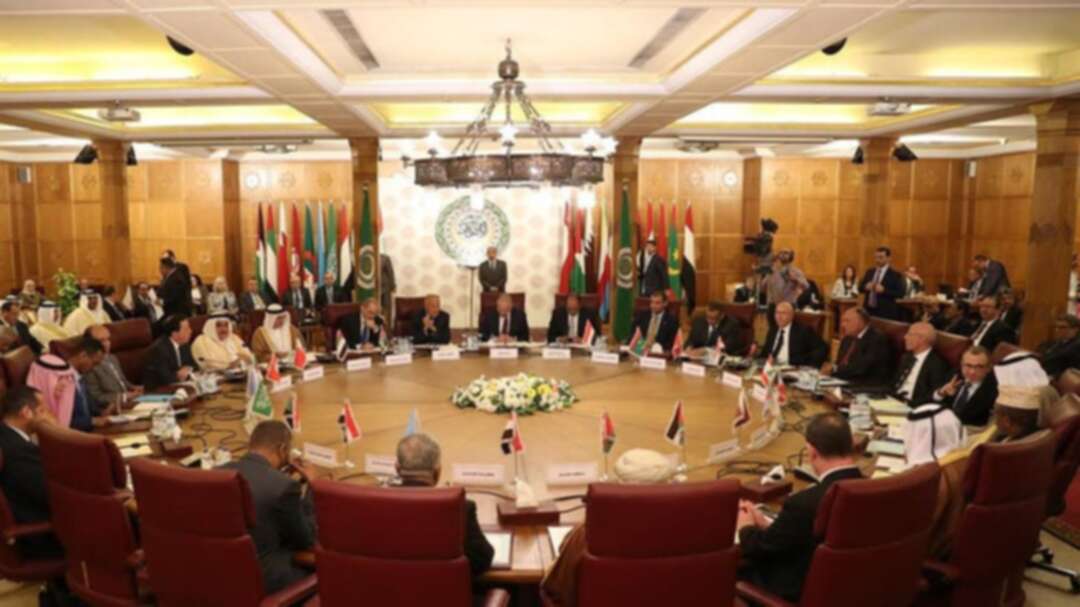 Arab foreign ministers condemned the Turkish offensive in Syria in an emergency meeting in Cairo on Saturday, Oct. 12, 2019. (AFP)

Arab League Secretary General Ahmed Aboul Gheit on Saturday led Arab foreign ministers, during an emergency meeting, in condemning Turkey’s military offensive in northeast Syria as an “invasion of an Arab state’s land and an aggression on its sovereignty.”

Aboul Gheit added, during the meeting in Cairo, that the Arab League is considering taking diplomatic, economic, investment and tourism measures against Turkey.

Following Lebanese Foreign Minister Gebran Bassil's statement that it was time for Syria to rejoin the Arab League, Aboul Gheit said that Syria's return to the league is subject to required measures that the authorities in Damascus will have to take.

Saudi Arabia's Minister of State for Foreign Affairs Adel al-Jubeir said on Saturday that the Kingdom condemns the Turkish offensive in northeast Syria.

Saudi Arabia demands an immediate halt to the military operations, he added, saying that the Turkish attack is causing the Syrian people further suffering.

Al-Jubeir said that Saudi Arabia calls for finding a political solution in Syria, and demands that all foreign forces withdraw from the country.

The UAE's Minister of State for Foreign Affairs Anwar Gargash also condemned on Saturday the Turkish offensive in northeast Syria, and called on the international community to shoulder its responsibilities to stop the Turkish attacks on Syria.

“We call for the exit of Turkey and its forces, as well as all foreign forces that have violated this Arab country - and to push for a successful political solution,” Gargash said.

Bahrain's Foreign Minister Khalid bin Ahmed Al Khalifa said on Saturday that the country rejects any aggression by any party against Arab countries. Al Khalifa called on the countries’ to maintain and confront any threats to Arab national security.

Lebanese Foreign Minister Gebran Bassil, who was also among the officials attending the meeting, said that Lebanon rejects the attacks on Syria.

The foreign minister added that it was in the Arab nations’ best interest to protect the region.

Tunisian Foreign Minister Khemaies Jhinaoui on Saturday said that the Turkish offensive in Syria will make reaching a political solution in Syria more complicated. He called for an end to the offensive, adding that it could lead to a humanitarian catastrophe.

Qatar, which is considered a Turkish ally, did not block the communique, but voiced reservations.

“The Qatari reservation puts Qatar in one trench with the aggressor, and I have no further comment,” Egypt’s Foreign Minister Sameh Shoukry told Reuters TV.

The US and European countries have also condemned the Turkish move.

The SDF’s death toll rose on Saturday to 74, according to the Syrian Observatory for Human Rights. Most of the fighters have been killed in the Tel Abyad area, on the Syrian-Turkish border.

More than 200,000 people have fled their homes due to the fighting, said the war monitor.

Fears have also been raised over the Turkish incursion leading to ISIS fighters escaping from prisons controlled by the SDF, which has been forced to concentrate its efforts on defending against Turkish forces.

On Friday evening, Erdogan dismissed mounting international criticism of the operation and said Turkey “will not stop it, no matter what anyone says.”