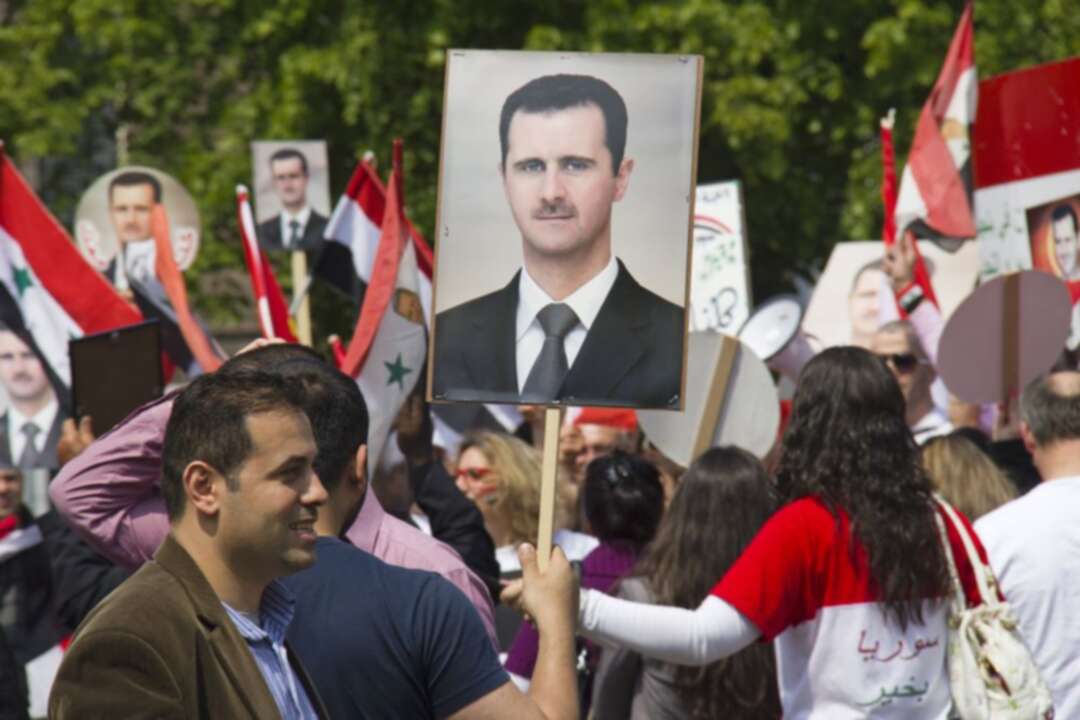 The visit is seen in the context of efforts by the PA and some Arab countries to normalize and strengthen their relations with Damascus as part of an attempt to limit Iran’s influence in the region in general and Syria in particular.

Iran has been actively supporting the Assad government through arms transfers, economic aid and military advice. The Iranians have also sent thousands of fighters from various military groups to fight in Syria.

The United Arab Emirates, Egypt, Jordan, Tunisia, Oman, Iraq and Algeria have over the past few months signaled their desire to restore their relations with Syria.

Abbas’s letter was handed to Syrian Foreign Minister Faisal Mekdad, who met with the Palestinian delegation headed by Jibril Rajoub, secretary-general of the Fatah Central Committee.

He said, the Palestinian leadership was “keen on the stability, security and territorial integrity of Syria during the period that Syria was targeted” by opposition groups during the civil war.

Rifai said he did not rule out the possibility that Abbas would visit Damascus to meet with Assad.

Unlike Hamas, the PA leadership maintained its relations with the Syrian government after the eruption of the civil war in Syria in 2011.

Relations between Hamas and Syria were strained after the Islamist movement refused to side with Assad at the beginning of the civil war.

In 2012, the Syrian authorities raided and closed all Hamas offices in Syria, including that of the movement’s leader, Khaled Mashaal.

In 2019, Abbas became the first Arab leader to support the restoration of Syria’s activities in the Arab League.

The Arab foreign ministers decided in November 2011 to “suspend Syrian delegations’ activities in Arab League meetings” and “implement economic and political sanctions against the Syrian government.”

The move came after Syria failed to implement all its commitments under a peace plan proposed by the Arab League to end the violence and bloodshed. The plan included the release of prisoners, the withdrawal of security forces from the streets and the launch of talks between the government and opposition groups.

The Palestinian delegation is also expected to hold talks with leaders of various Syrian-based Palestinian factions to prepare for a meeting of the PLO Central Council (PCC), a key policy decision-making body.

The factions are opposed to the Oslo Accords between the Palestinians and Israel and have repeatedly urged the PA leadership to suspend its ties with Israel.

Abbas is hoping that the participation of the factions in the PCC meeting will bolster his standing among Palestinians, especially in light of the sharp decline in his popularity and growing discontent over his authoritarian rule.

However, the meeting, which was supposed to take place on January 20, has been postponed until further notice, PLO Executive Committee member Wasel Abu Yusef said Sunday. The reason for the postponement of the meeting was because of Abbas’s travels abroad, he said.

On Sunday, the 86-year-old Abbas arrived in the Egyptian resort of Sharm e-Sheikh to participate in the World Youth Forum conference. During the visit, Abbas is also scheduled to hold talks with Egyptian President Abdel Fattah al-Sisi.

According to the London-based Action Group for Palestinians of Syria, more than 4,000 Palestinians have been killed since the beginning of the Syrian Civil War.

The group also criticized the Fatah delegation for holding a rally in Yarmouk refugee camp near Damascus, which has been severely destroyed during the fighting between the Syrian army and opposition groups, and many of its residents have been forced out of their homes.

“The activists called on the Palestinian Authority to exert pressure on the Syrian government to allow the residents of the camp to return to their homes as soon as possible and to release Palestinians held in Syrian prisons,” the group said. “During the years of the war in Syria, the Palestinians of Syria appealed to the Palestinian embassy in Damascus dozens of times to intervene to secure the release of the detainees held by the Syrian regime and halt the siege and bombardment of Yarmouk camp, but these appeals went unheeded.”