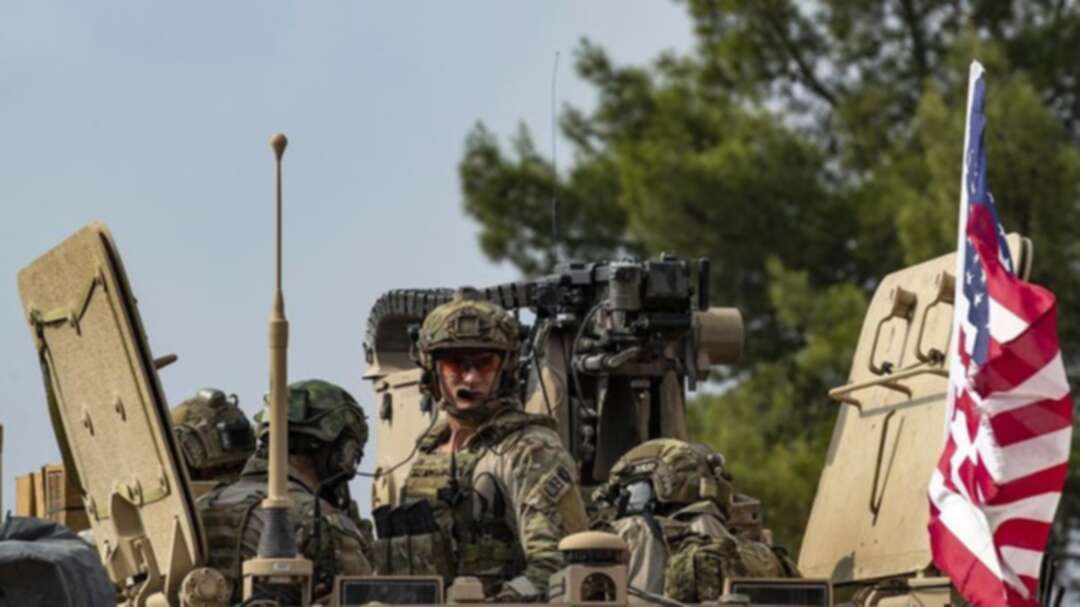 A US soldier sits atop an armoured personnel carrier outside the Kurdish-majority city of Qamishli. (File photo AFP)

Clashes erupted between Syrian regime forces and an American patrol in the northeastern city of Qamishli, Syrian official media and the Syrian Observatory for Human Rights reported on Wednesday.

The two sources reported the death of one person but it was not immediately clear who it was. Syrian state media said it was a US soldier, while the Observatory said it was not clear whether the killed person is a civilian or an armed regime loyalist.

The clashes happened in Khirbet Amo, a village in the countryside of Qamishli city.

Armed regime loyalists stood in the way of an American patrol during its tour in the area and fired in the air, according to the Observatory, after which US forces fired a smoke grenade and shot one person. No further information was available on the killed person.

The war monitor also reported on US jets flying over the area, adding that a Russian patrol arrived on the scene to calm the situation and the US patrol was able to leave.