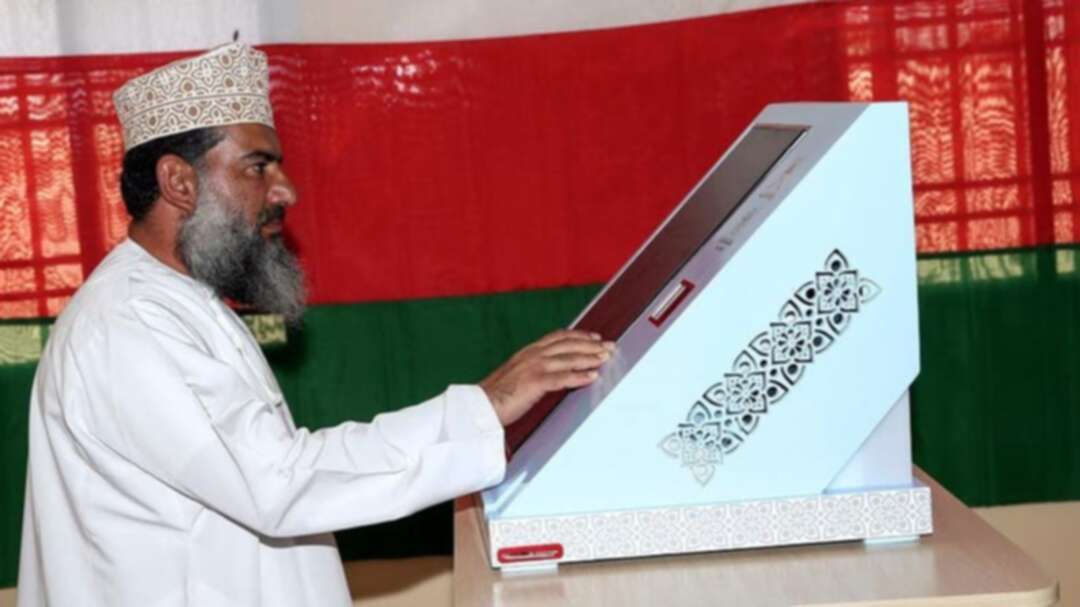 An Omani man casts his ballot at a polling station in the Gulf state's northeastern city of Nizwa. (AFP)

Omanis on Sunday elected an 86-member consultative council whose powers are limited but may possibly play a role in the selection of a successor to the sultan.

The vote comes at a time of uncertainty over a successor to Sultan Qaboos, 78, who has no heir apparent and is believed to be suffering from colon cancer.

Around 714,000 Omanis headed to the polls in the early hours of Sunday morning to elect members of the new Majlis al-Shura from 737 candidates, including 40 women.

Oman, which is strategically located at the entrance to the Gulf, has a population of around four million, of whom more than 40 percent are foreigners.

Authorities are yet to announce the turnout of the election for the new consultative council, whose powers Sultan Qaboos slightly expanded in 2011 after unprecedented social unrest in the Gulf Arab country.

The council was created in 1991 and has a four-year term. It has no role in defense, internal security, or foreign affairs.

But in late 2011, it elected its speaker for the first time and assumed the power to grill ministers.

It came about as part of measures decreed by Sultan Qaboos - who has ruled Oman since 1970 - to respond to social unrest which included giving the majlis the ability to revise and propose legislation.

According to the constitution, the royal family council has three days to appoint a new heir after the sultan’s death.

If an agreement is not reached, the defense council, along with the heads of the consultative council, the council of state, and the supreme court, will confirm a successor nominated by Qaboos in a sealed document.